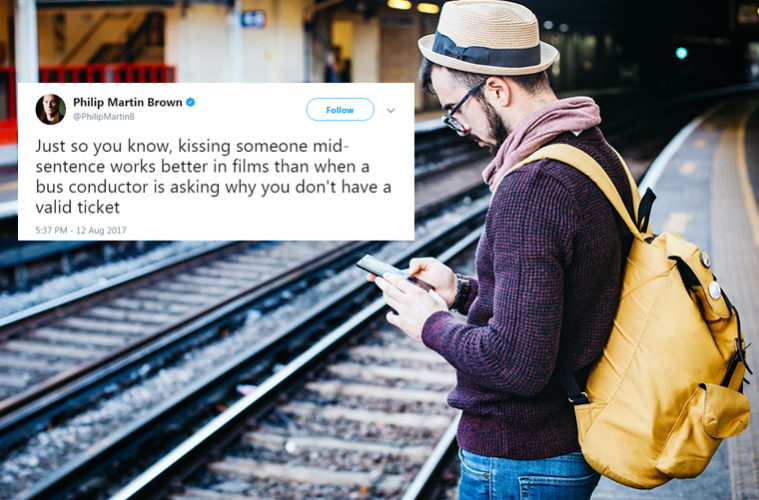 Public transport can be weird at the best of times. But it seems that every day someone has a photo to share from their commute to work of someone or something seeming a little out of the ordinary… Regardless, it makes our mornings a little more entertaining.

Someone brought their FIVE guinea pigs on the train. pic.twitter.com/4WJu0JJtvc

Just so you know, kissing someone mid-sentence works better in films than when a bus conductor is asking why you don't have a valid ticket

There is an old man with a free Nelson Mandela tshirt on at the bus stop. This is gonna be an emotional rollercoaster for him.

a girl on the train burped and her friend said "oh my god diana! i didn't think u were actually going to do it!"

There's a woman on the bus breaking up over phone with someone she's been with for 19 years. She's speaking very calmly, almost whispering.