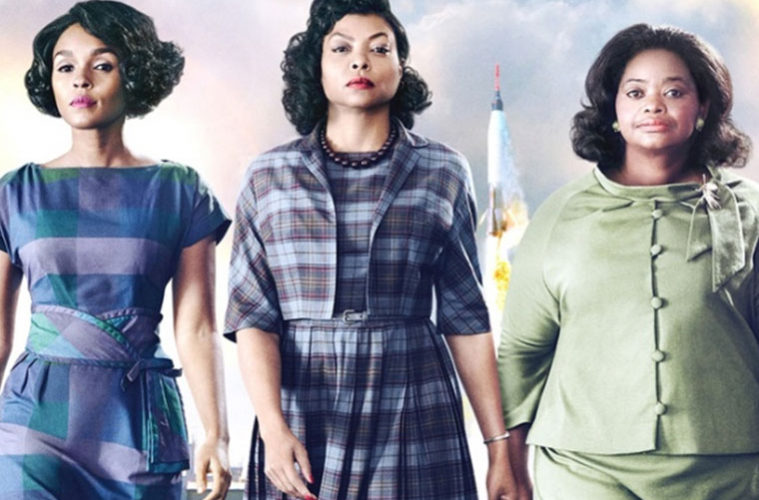 Earlier this year, the Oscar’s movies were released and people near and far flooded to the cinemas to see what there was on offer. There was of course the infamous La La Land which went on to win insane amounts of Golden Globe awards, as well as the the poignant Jackie which offered a female perspective of a well known period of what is a predominantly male history. This angle of uncovering somewhat camouflaged female voices was certainly a central theme many of these films shared, but was perhaps best represented in the amazing Hidden Figures.

Hidden Figures is based upon the non-fiction book of the same name by Margot Lee Shetterly and details the biographies of the women working at NASA who, as essentially human computers, were largely responsible for getting man to the moon. The main personalities who are focused on throughout this particular work are Katherine Johnson, Dorothy Vaughan and Mary Jackson. These were women who had to not only overcome prejudices towards their gender in order to work on such important projects but also discrimination based upon their race. In fact by continuing to work hard despite much negative opinion around them, they were able to become the first in their field to achieve what they did with groundbreaking results. Without them the USA would never have gotten a man into space, let alone the moon.

Stories such as this are often covered up in history like I stated previously because minorities who were not at the top of the hierarchy tend to be poorly reported on in records. In addition to this, when information is considered major it can take a period of up to 50 years for it to be acceptable for the public to learn of what went on behind the scenes. This is certainly the case when it comes to the JFK records or information on Turing and the Enigma machine. Yet it really is fascinating to get the opportunity to glimpse into such an intricate and valuable mindset; The mathematics and the physics in particular that the women originally thought up in the 1960’s. And that a film shows the importance of these women and challenges why they were not treated immediately with the respect they deserved purely because of who they are is an incredibly important thing in a period of time where right wing politics are frequently gaining an unsettling wave of fresh support.

In addition to providing an in-depth look at how intersectionality is at play here and asking important questions about what the impact of that has been upon the present, Hidden Figures was also beautifully put together. There are so many moving scenes where the script is almost poetic in its use of logic and motivation. The music helps this hugely; Up beat pop combined with many soaring sections of score composed by Zimmer himself. It’s certainly one to watch if you ever need something to help you remember why exactly it is you are working so hard in order to achieve what you intially set out to.

It is a reminder that yes sometimes things are difficult, but that is when it is most important to remind yourself that you are capable; That if you put your mind to it, you can achieve anything. This movie reminded me that I’m not just a girl studying books. I’m a girl with the ability to change the world if that is what I want to do.