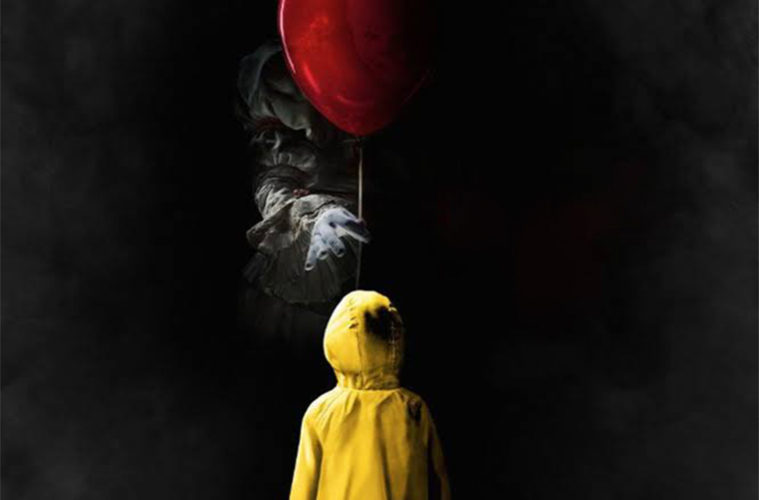 IT is one of the best horror films, the scariest coming of age film of recent years and the box office success it is achieving reflects that. IT is Pennywise The Dancing Clown picking off kids in the town of Derry, Maine. A lovable “losers’ club” seeks survival as they hunt for answers  to the disappearance of their peers, all while they are hunted and traumatised by the perpetrator of these disappearances. This terrifying, shapeshifting clown feeds on the fear of the children and the audience throughout in this adaptation of Stephen King’s horror novel directed by Argentine filmmaker Andy Muschietta.

And what an excellent job Muschietta does. IT is relentless. The pace is rapid yet doesn’t feel rushed. The clown itself is terrifyingly ever-present yet not overused so as to avoid audience desensitisation. Muschietta makes use of jump scares and ensures that these jump scares do not just make you jump but that they scare you too. Psychological horror which has somewhat lost its way in recent horror films (Insidious, Sinister) is very well crafted in IT.  Muschietta is most impressive in his careful attention to detail. The best two examples being Young Ben reading a fairly scary book in the rather bland library in town, flicks through the pages as the music builds and in the background, out of focus but still noticeable, an old woman stares at him with Pennywise’s terrifying smile. It gave me goosebumps in the cinema and is doing so even now as I write this review. The other moment to highlight is when during an expositional conversation between the loser squad in front of a piece of street art, the art peels away revealing a red wall behind  and making the subjects of the art look as if they’re bleeding. Just as they start to walk away, Pennywise can be seen on the wall. These details give the audience no respite from the fear and build tension throughout.

I’ve seen a few criticisms of the film which call IT a mash up of horror tropes (evil clown, scary house). While this is true, the execution of said tropes are what makes the film such a good example of horror.

Pennywise himself deserves a lot of credit for the creation of fear in the film. Bill Skarsgård makes a very creepy clown. He adopts a childlike voice at times and a demonic voice at others. His smile is goofy yet haunting. His eyes are almost innocent at times and his ability to move them separately from each other is uncanny.

Despite being deeply terrifying the film is somehow funny as well. This is thanks to the strong chemistry between the impressive young actors in the loser squad. Stranger Things’ Finn Wolfhard is witty and provides much neededcomic relief. Jeremy Ray Taylor, Wyatt Oleff and Jack Dylan Grazer are all funny and endearing. Both Sophia Lillis and Chosen Jacobs are strong as the outsiders to the group. Jaeden Lieberherher, leading them all in their search, is believably desperate to find his lost, little brother Georgie. They all mesh like a real friendship group and this heightens the horror with the sheer contrast between their childish antics and the mental and physical torture that they endure at the hands of Pennywise.

IT is a must see for fans of horror films and a probably should see for those who aren’t. IT is a fascinating coming of age tale that if you are willing to brave will reward you with a visually stimulating and fantastically well written film, featuring a cast of likeable characters and a really creepy clown. Much to the chagrin of clowns everywhere, IT is a deserved success that will render children’s parties clown- free for the foreseeable future.