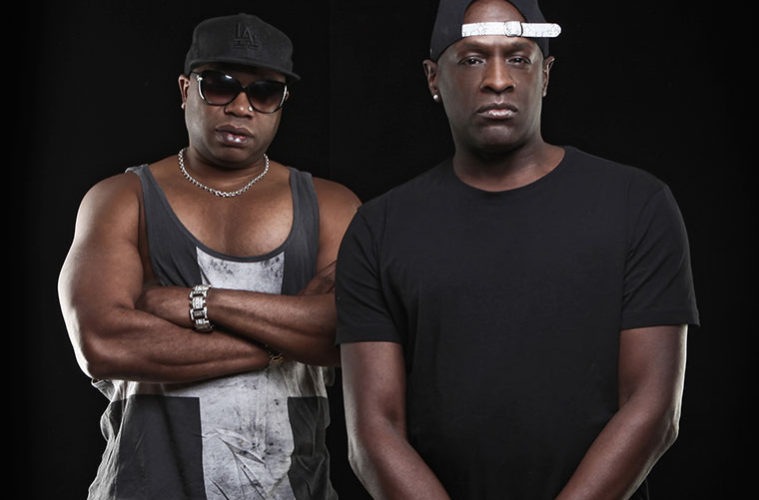 Fabio and Grooverider, the Godfathers of Drum & Bass and legends of modern music who are idolised worldwide. Industry heavyweights, fans and artists regardless of genre will readily respect and praise the ongoing influence of the two.We managed to catch Fabio, one half of the duo, to talk all things drum and bass and what the guys are up to for the rest of the year.

Q 1: Hiya! What have you guys been up to this year so far?

We’ve been very busy. We’ve been doing 25 years of Fabio and Grooverider so we’ve been touring a lot and doing a lot of festivals. It’s been great and it’s been such a good year so far.

Q 2: Great! What festivals have you been doing?

We’ve done Shindig Festival, Glastonbury, Boomtown and some of them I can’t even remember the names of as we’ve done a lot this summer! Every weekend there’s been a festival to do. We did one in Poland and one in Belgium a couple of weeks ago. So yeah, it’s been really really busy.

Festival season is nearly coming to an end now.

Yeah it is! Festival season starts around May and goes through to October. There’s still a few festivals October time as well.  So yeah, there are still a couple of months left really. Once it’s over, it’s time to pack up and get back into the clubs.

Q 3: So can you tell us the story behind Fabio and Grooverider? When did you guys first start off as a duo?

We started off years ago. It’s a really long story so I’m going to try my best to edit it as much as possible.

We were on the same pirate radio station in south London and we hooked up on the station basically. Groove used to the night time show and I did the day time show. There was a local club where we got together and we ended up doing an acid house night there – that’s how we kind of formed really. We were the only guys on the station playing house music, and the boss of the station had a club and he made us residents. So we got together just by default and we’ve been together ever since.

It’s been longer than 25 years. We’ve been DJing together for about 30 years now. We started DJing together around 1988. It’s been a long road and we’re still going which is great. It’s mad that we’re still going through these genres and that Fabio and Grooverider are still here. We’re trying to make ourselves relevant as we’re a lot older and there’s so many young DJ’s coming through now.  You’ve got to keep your mind young and keep yourself fresh. It’s all about social media nowadays; it’s nothing like it used to be. Things have changed so much in the last 5 years; it’s all about likes and how many followers you’ve got. That’s so important these days which is ridiculous really.

It never used to be like that when you guys obviously first started off.

No it didn’t because it didn’t exist really. Back in the day it was word of mouth; you did flyers, you told your mates about it and you moved on from there. We used to use vinyl and carry records about – it was a lot more difficult then. It was difficult on one level but back in the day, you could just be a DJ and that’s all we did. But now, you have to be so much more than just a DJ. You have to be on social media, you’ve got to have lots of followers and you’ve got to interact constantly. It’s good on a level where you get to interact with the people that actually pay money to see you as that never used to happen back in the day. You’d just walk in and out of a club and no one got to know anything about you. Now people know everything about you like what you eat, what you get up to during the day, who you go out with and it’s crazy.

Q 3: So you started off playing Acid House! How did you get into playing drum and bass?

We just evolved into it really. Drum and bass didn’t exist in 88. We were a part of the drum and bass evolution in 1991 when it was jungle. It just happened! All of a sudden there’s a new sound and you get attached to that sound. We were very instrumental in the beginning and very quick on the breakbeat thing. We did notice that the crowds reacted differently and there was a bit more energy to the breakbeat. It was exciting times man! There was nowhere else in the world that was doing this, only people in the UK were making jungle music and that’s why it’s so special.

The UK is so good for underground music.

It always has been and always will be. People always try and find something new in England all of the time. Whereas in other places in the world, they tend to go with what they think is happening. I think in the UK they create things a little bit more. Garage, grime and dubstep all come from the underground as well.

Q 4: How many different styles do you guys play?

I don’t know really. It’s more to do with good music than styles – I love it all! There are some parts of the music I like more than others. Sometimes I’m a bit more soulful but if I’m playing at Boomtown or Glastonbury, I tend to ramp up the energy levels a bit more. There’s neuro tracks I like, jump up tracks I like – there’s a bit of everything. I can always find one or two tracks I can play in most aspects of drum and bass. It’s so broad and that’s what makes it so unique – there really is something for everybody. There’s people that will specifically like one type of drum and bass and that’s it for them, they won’t go to any other drum and bass kind of things. It just makes drum and bass this underground monster that it is! There are so many different aspects to it. Jungles still going as well and there’s guys like Congo Natty and Lion Dub who are still really pushing that ragga sound. It’s very important to play what I’m into, so I’ll play drum and bass.

Rage was a night we started up in 1991. Well we didn’t really start it, it was already there and it was a house night – it was one of the biggest nights in London. We were upstairs and we got a massive following up there, so they moved us downstairs into the main room. That’s where it really kind of cemented us a team. It was a great night and it’s gone down in history as one of the greatest club nights ever and it really was an amazing night. We were just allowed to do what we wanted to do in there, it was great. It was a house night and we were playing really early jungle, and just experimenting with different sounds. It was very special night, very very special.

It’s not so much inspiration; I mean there are artists I admire like Calibre and people like that as it’s more my kind of sounds. Goldie of course! He’s been a massive inspiration because at one point, drum and bass just needed something to make it go onto another level, and Goldie came along and his personality was amazing. He done these great Metalheadz nights and he brought the whole celebrity thing into drum and bass. David Bowie used to come down to his nightclub along with Bjork and Oasis! So he really brought it to the massive and he was very instrumental in bringing drum and bass to another level. Goldie has the personality drum and bass really needed.

Back in the day, my inspirations were people like Derrick May and Kevin Saunderson – these were the guys out of Detroit who didn’t get the love they deserved. For me, they made me feel that electronic music is emotional. House music was very industrial and so was techno, and they made it into this beautiful thing. And the fact they were black as well, really did inspire us. When we started off, house music was very very white and that’s not bringing race into it, it’s just the way it was when we started out. We always asked ourselves if we were doing the right thing because all of our mates had gone mad when we started playing acid house music, they were like ‘what the f*ck is’. We were fighting all kinds of things at the start, and we fought through it because we loved it man. 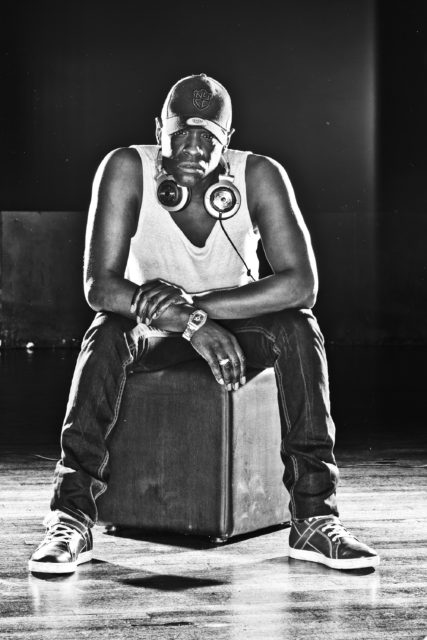 Q 7: What have you got planned for Fabio and Grooverider for the rest of the year?

Everything is done now. By August everything is done, and the only thing that’s up in the air is New Years Eve, maybe. We’ve got a tour in Australia in November which is a 13 day tour. We’ve got loads and loads of Fabio and Grooverider dates coming up between now and December. If you’re lucky enough like we are, you know what you’re going to do for the rest of the year now. Gigs will come in, but in general, the year’s already mapped out. Australia in November is going to be great as I haven’t been to Australia for a long long time. Apart from the travelling though, it’s amazing! Hopefully we will be doing a few gigs in Asia as well; Hong Kong, China, Thailand and hopefully Japan. We’re going to try and seal those bookings in before we do the Australia dates. I’ve also got my own night in Notting Hill called Swerve at a place called The Gallery. It’s very small and has a 150 people capacity and it’s great, I love it. It’s once a month and it’s a nice little night, it’s nothing too mental either. It’s more like a gathering and it’s great!

Everything is really really exciting at the moment and we’ve got a lot of great things happening!

Well this has been a really good interview so thank you!

If you ever see me about anywhere, make sure you make yourself known and come say hello!