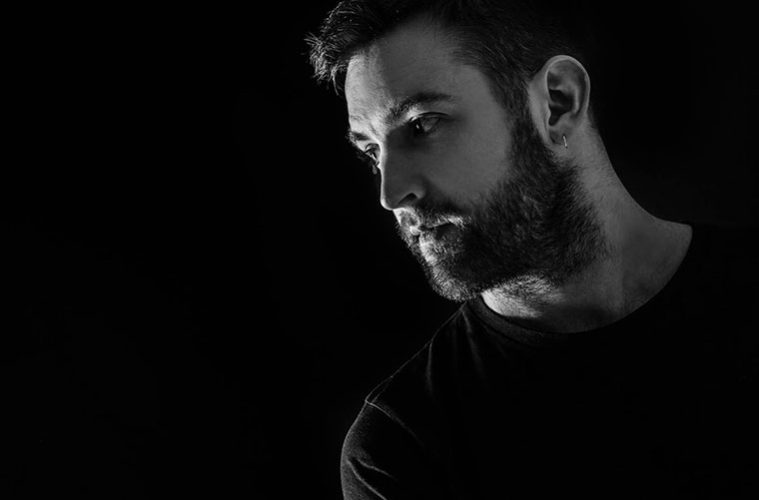 Born in the UK, but raised in Chicago, he has had a unique outlook on house and techno music from an early age. Secondcity aka Rowan Harrington, grew up listening to traditional nineties house influenced by his mother!

I’m very good thank you. Just got back from Australia and Miami so I’m not quite with it!

In Australia I did a six show tour; I played in Adelaide, Perth, Melbourne, Sydney, Byron Bay and Geelong. I basically just partied with loads of Australians playing gigs, it was so cool. I really embraced being there as I had never been to that part of the world before and played. The clubs were really dark and super underground which was sick and I loved that. It definitely felt like a longer tour than what it was. Sydney was the only place it actually rained non-stop, but it was so hot the rest of the time.

Miami was good. The first night I landed in Miami, I had a gig at Heart and I only landed back from Australia the day before. I kind of totally over did it and ended up going back to my hotel with my friend. I knocked on some random person’s room thinking it was mine, it was so embarrassing! Miami is great though, you see people you haven’t seen for a while and everyone is kind of under one roof which is really nice. Everyone is coming to each other’s gigs, it’s great. I played at MK’s pool party which was pretty cool and the weather was amazing.

Q 4: What’s the biggest highlight about your job?

DJing would be number one obviously, but travelling as well – I get to see so many amazing places and just going to explore the world. It’s an amazing thing you can do, whether it’s travelling to Europe, Asia, South America or wherever it may be, it’s just amazing.

Everyone dreams of travelling the world and you’re lucky to be able to tour around all of these different places!

Q 5: You were born in the UK, but you grew up in Chicago didn’t you? Can you tell us about your journey and did Chicago have any influence on you and your music?

Yes, for the first like eight years! In terms of music, I would say nothing really in the sense of going to clubs and I wasn’t really listening to music back then. My mum was an aerobics instructor when we lived out there, so she used to listen to a lot of house music and that kind of wore off on me over the years when we got back to the UK. Her CD collection and whatever she had from the days of doing aerobics was all house music. When I got my first pair of decks, my mum’s records were the only records I could mix so I used to mix house music all the time. From that side of things, that’s where it all came from. I got my first set of turntables when I was 13, so I have been DJing from that age up until now. I only started making music when I was 22; I was a DJ first, then a producer much later.

Q 6: Sounds like a really cool journey. Can you describe your style to me?

I guess it’s changed a lot over the years. My style and the music that I like is a lot older, more percussive, more soulful and more live sounding as such. It’s basically just really groovy with basslines. I try to produce the music that I love.

Q 7: Did anyone in particular inspire you and who inspires you now?

There are so many people. I loved the early MK stuff when I was growing up. Also people like Livin’ Joy, Phil Humphreys and Masters at Work – there’s just so many to name. In the past couple of years plus six years, a lot of people like Guti and Loco Dice where there’s a lot of soul in it and it’s very percussive but it’s just such a sick groove to it as well.

Q 8: Besides DJing and producing, what else are you into?

That’s so difficult because my job is so fun. I kind of spend my whole time travelling and doing stuff. In terms of hobbies, I don’t actually have that much time. I’m learning to play piano a lot better than I can already so I guess that’s a hobby. Travelling is the thing that I love the most and because I get to do that so much, when I’m back home I literally do nothing apart from watch films and just chill – I literally don’t want to do anything else. Everything is so full on all the time and when I have my own time, I kind of just do nothing.

Q 9: I bet it’s so nice to have some time to yourself now and then because you’re just so busy. Is there anyone you’d love to collaborate with at all?

Yes definitely. There are tons of people but definitely masters at work, they’d be top of my list. Also, The Martinez Brothers would definitely be up there and Guti as well.

Q 10: If you could play an event again, which one would it have to be and why?

It would definitely have to be BPM. It’s my favourite festival that I’ve ever played. It’s only on once a year, but when you play, it’s all over so quick and you’re waiting again for another year. It’s something that you miss when you leave and when you arrive, you just don’t want it to end. It’s like no one is working there, everyone is on holiday and that’s what I love about it! It’s in Mexico and it’s amazing.

Q 11: With having over 40 million views on YouTube as well as hitting the charts, how did it make you feel hitting number 1 in the charts with your first UK single ‘I Wanna Feel’? That track will never get old!

It was very unexpected so let’s put it that way. When I wrote this record, it was written as a chance for me to write something to show people what actually inspired me to write music. It was just an opportunity for me to write a record that I could give away for free and something I could play in my sets. It was just a free download that I gave away to a couple of DJs like Skream and because of him, my track was lead to people like Zane Lowe and Annie Mac just because he played it on the radio day in day out.  It started to get played on Radio 1 non-stop as well, then it was signed and it came out on Ministry of Sound. The fact that it went to number one was just ridiculous. It took such a long time to settle in and it’s just an amazing achievement that I’ll remember for the rest of my life.

Q 12: I bet you were so pleased, I would be over the moon! What’s next for Secondcity this year?

I’ve recently put out a record with a friend of mine, Makree, called ‘Never Been in Love’. So yeah, it’s basically a disco sampled record and we’ve put that out as a club record. We’ve actually had some offers already to release it as a bigger record! I’ve got an EP coming out with Max Chapman as well! So yeah, it’s looking good.