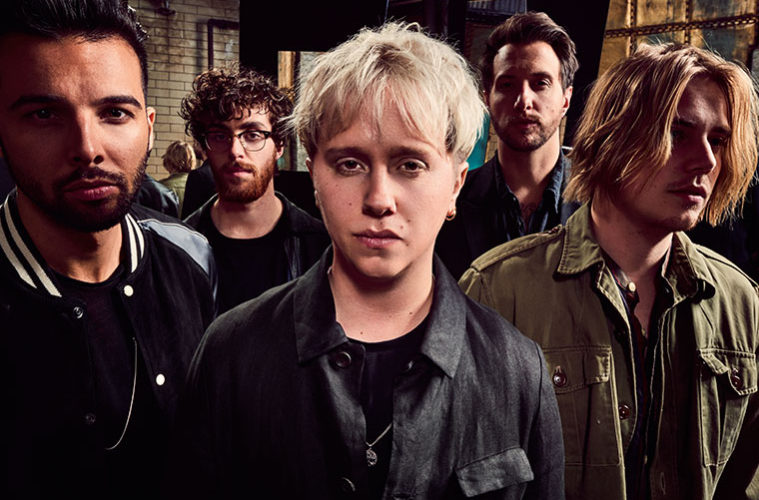 Interview: Nothing But Thieves

Hailing from Southend-on-Sea in Essex, we caught up with lead vocalist and guitarist, Conor Mason from Nothing But Thieves in anticipation of their new album! The five-piece rock band announced themselves to the world with their 2015 self-titled debut which sold over 250k copies, also racking up over 174 million track streams along the way.

Q 1: Hiya. Thanks for wanting to chat with us! What are you guys up to right now?

Just got back from the doctor as I have knee problems. Rock and roll!

Q 2: You just played in Poland! How was it seeing as you only had half of your gear and Phil was on a drip? I bet you still smashed it!

It was insane – biggest crowd ever. Polish people are crazy. Phil and Dom were absolute heroes for pushing through it. Very proud of them.

Q 3: Where are you off to now after playing in Poland?

We just came back from our last summer festival in Shanghai and now we’re off to tour the new album ‘Broken Machine’ which comes out in a week. First off America, then the UK, then Europe and then Australia.

Q 4: Out of your whole career, is there one show in particular that really stands out to you?

For me being an Essex boy, it has to be headlining Brixton Academy. I used to come up all the time to see bands with my friends and family as a teen. It was literally a childhood dream to play it!

Q 5: Can you tell us the story behind NBT – when was your first proper breakthrough?

We met at school and through playing in bands in our local area. We’re just five mates really. I don’t know if we’ve ever had one! It’s just been constant hard work.

Q 6: Your track ‘Amsterdam’ only came out 2 months ago and it’s already had over 2 million views on YouTube – wow! What you were expecting from the track?

I always loved this track when we wrote it and I pushed the guys to let us record it. It was always in the back catalogue for the others but it gave me such a good feeling in my gut that I had to champion it. I really thought people would love the energy and I’m so so glad it’s doing well.

Q 7: Playing all over the world must be incredible! What’s the biggest highlight about travelling around for shows?

For me it’s the culture and food – I always try and take in the country’s culture wherever I am. Even if it’s simply going for a wander near the venue, eating or browsing through shops/parks, it’s just nice to see how everyone else lives their life.

Q 8: Which new artists do you guys look up to at the moment?

I love Highly Suspect. I think they’re the best rock band out there at the moment. Also loving Flyte, their new record comes out soon – just awesome writers.

Q 9: You guys spend a lot of time together especially on tour – do you ever annoy each other?

We annoy the hell out of each other. But we’re like brothers – we love each other to death.

Q 10: For the rest of the year it’s going to be non-stop! What else can we expect from Nothing But Thieves?

A banging album and a banging live set haha.

NBT new album, Broken Machine, will be released this Friday the 8th, through RCA Records.