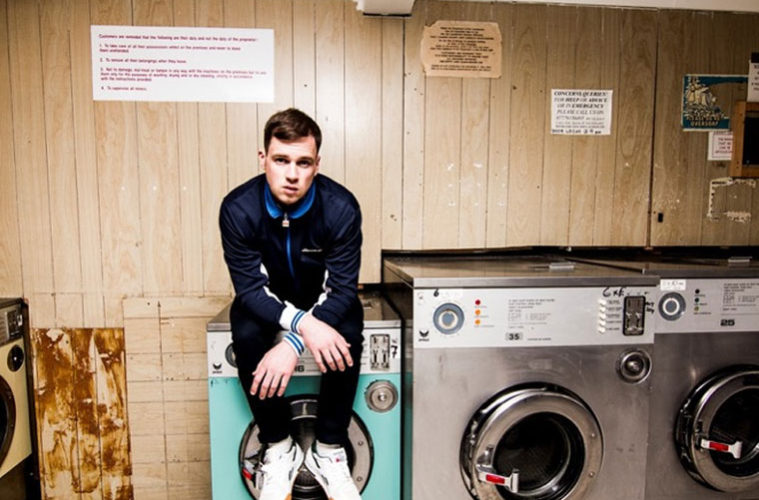 It’s so refreshing to talk to a lyricist so down to earth as Frankie Dean, aka Franko Fraize. Hailing from Thetford in Norfolk, we managed to catch Fraize at Sundown Festival last Saturday to talk about the support he’s had from grime artist Wiley, and to chat about his rap background!

Yes! Just played it and absolutely loved it!

Was the crown big?

It was a good a turn out! The thing is, I played this set 2 years ago to open the main stage and in the last 2 years, I feel like I’ve gone away and built my fan base and everything. The first time I played it was my first sniff of festivals. It’s amazing to come back 2 years later and feel like you’ve got familiarity with the people and they’ve got familiarity with the music, so it felt proper special!

Q 2: I bet it was good to come back 2 years later! So you’re from Thetford right? We live in Norwich so it’s not too far! So how did you getting into the rap scene?

Well seeing as you’re local, I can talk to you about it from a local’s perspective! Basically, everyone knows its hard work when you come from out of London to get into the music industry. People in London will tell you different but I honestly believe it. It’s not about where you’re from, once someone picks you up and they hear what you’re about, that’s definitely one thing. I think the trouble is, is when you try and network, and that’s a key thing for this game. I think the reason why London likes it so much is because they’re always around it. If you start getting a bit of heat and a bit of interest amongst these people just on a casual one, it does you so well! It’s been hard in that respect but because of difficulties, I feel so blessed that my names ringing out there on a national level. I’m able to go up north and play in 100 capacity venue and get tickets sold.

It feels extra special for that.

Q 3: So when was your first proper breakthrough, like when did your name first get noticed?

I was grafting the bedroom for a good few years, like everyone does. I was putting music out, but the big key for me was the BBC Introducing campaign. I think that done me wonders. What they do is, they put the music through to a national level. Once that national level has been achieved, it’s the people behind that who get to know you and that matter. For me, it was about 3 or 4 years ago I got the BBC Introducing pushed to Radio 1, and from the back of that I got an agent, management and everything fell into place.

I bet it didn’t really seem real to start with.

It still doesn’t to be honest! One of the biggest things I’ve learnt is whatever you do, it’s not about the madness that you do, it’s about what you’re saying – it doesn’t ever feel real. The thing is what I learnt early, don’t try and feel that something is going to define you, you’ve just got enjoy these things. It’s like going on a night out in some random city; you don’t know what’s going to come with it.

It’s only going to get bigger and better.

You only appreciate it afterwards – it’s such a weird thing! I’d say to any new artists out there, make sure every little piece of the pie you get, enjoy every minute of it, honestly.

Q 4: That’s so true! Who did you look up to when you first started off?

Really and truly I came from a rap background of people like Skinnyman, Wiley and Dizzie Rascal. I was a massive fan of Wiley, he was the guy for me. He invented grime and I got to stage where he followed me on Twitter, he even gave me shout out where we were talking about bits and bobs.

Have you met him?

I’ve not actually met him face to face.

You may be able to meet him today!

I’m going to pull him aside and jump all over him haha!

Q 5: What else have you been up to this year, what’s been the highlight for you so far?

I’d say being here has definitely got to be the highlight. Being here and being local is such a big deal! It’s so nice to be involved. The thing is, it isn’t some tim pot festival. When Sundown first came to Norwich, I didn’t know how well it was going to do here. To see it flourish for 5 or 6 years has been amazing. This Saturday’s line up especially, is an unbelievable line up.

There’s been so many highlights and they all kind of roll into one! Every little bit of it I’ve loved to bits.

Q 6: Have you got much more planned for the rest of the year?

I’ve been sitting on my next single for a long time now. There are a lot people who have been holding off doing things with it because they reckon they really want to see it flourish. Wiley was talking about doing bits with it, so I’ve been waiting and waiting with it. I’m hoping this is the one that just smashes through! So yeah, that’s coming out in October and I’m tying in some BBC Introducing stuff with it. I’ve also got dates in the major cities around October. I’m going to end the year with my best single yet and move onto the next one after that!

Have you done any dates around Europe yet?

That’s another thing actually. I’ve heard so many good things about Europe and how the people take to UK music. So fingers crossed that my music takes me further and we do a bit of Europe!

Well it’s only going to get bigger and better.

Yes definitely. The only way is up.