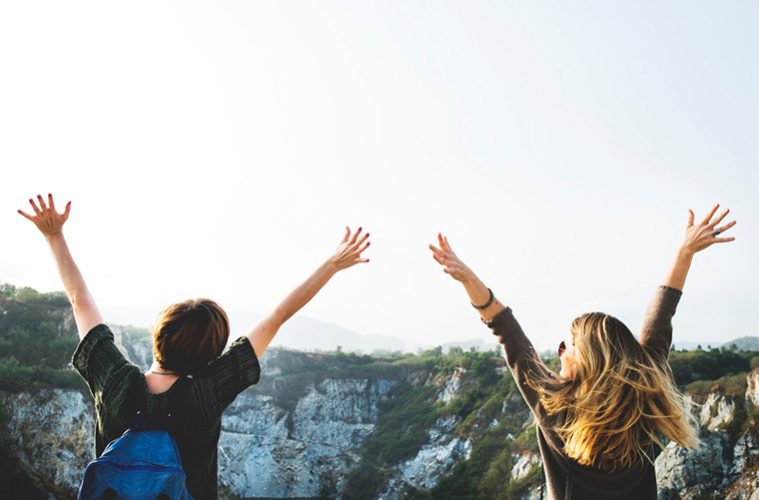 Letter To My 16 Year Old Self

Do you ever look back on your memories and wish you could have told yourself how to do something to a better level or more so, just agreed to something you regret not doing? There have been so many instances where I’ve done that, though I have equally as many experiences which I wouldn’t go back and change for anything. Of course I can’t tell me then all of those things because time travel hasn’t been invented yet – or at least, Back to the Future kind of put me off it in the end. But either way, if I had the chance, here is what I would say to 16 year old me.

Those opportunities you are a bit nervous about? Get used to saying yes to them more quickly before they slip away. This is something we’ve always been pretty bad at, but you’ll get better at it once you reach sixth form.

Going outside of your comfort zone can be scary, but the minute you say yes to something such as the school orchestra trip or going on that roller coaster you’ve always been too scared to ride, you’ll find that life is lived at its best outside the realms of the known. That is after all why learning is so enjoyable an experience.

2. Keep Up The Hard Work

No matter what anyone says, keep up the hard work because it is what is going to get you to where you need to be. Stay focused on those revision schedules but also make sure to cut yourself a break. Creativity does not exist in a vacuum, and you’ll appreciate the knowledge in the long run if you learn it for good over time instead of cramming.

3. You Are Good Enough

Teenagers can be mean, but listen to what your friends and family say: You are good enough. You’re the best because you’re you, and that’s way better than looking like the girls on those magazines do because most of that is airbrushing anyway.

Like I say, life is best lived through experiences. If you are as accepting, kind and loyal to yourself as you are towards others then it will be much easier to enjoy all of the things going on right now. And that dress you’re thinking about wearing for prom but you’re worried that it won’t suit you? Don’t worry, it’s definitely the right choice.

4. Things Will Be Ok

Everything is all at once because it’s your last year of school. There are auditions, gossip, GCSE’s and boys to deal with, but make sure you look for the positives. Though everything is rushing at you and it feels too much, later you’re going to miss all of that. Make sure you let yourself soak it all in whilst it’s around you knowing that whilst it is hard, things are going to turn out ok in the end.

Afterall, chaos is a way of life; Nothing good ever came from the boring.