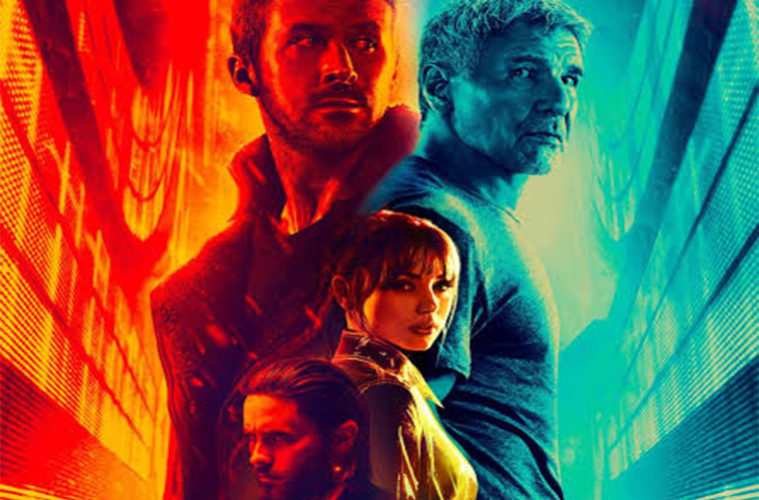 Perhaps a little surprisingly, Blade Runner 2049 – the sequel to arguably one of the best science-fiction films ever made – hasn’t performed as well at the US box office as was expected. Its opening weekend saw takings of $31.5 million, well under the predicted $45-50 million. Despite this, its performance in the UK has been much better, and critics are raving about Denis Villeneuve’s part-homage, part-extension of the dystopian world of the original Blade Runner. There’s little doubt that the film is a visually-arresting treat for fans and new audiences, even if the average cinema-goer may feel a little confused at times.

Denis Villeneuve carries real directorial weight in Hollywood, making big-budget blockbuster films with real integrity, excitement and intellectual depth: films such as Prisoners, Sicario and Arrival. Tonally, Blade Runner 2049 shares much with Arrival, and an eerie sense of disquiet pervades the screenplays of both films. Set 30 years after Ridley Scott’s original film, Blade Runner 2049 introduces us to blade runner K (Ryan Gosling), who discovers the remains of a replicant who gave birth to a child and is tasked by his superior Lieutenant Joshi (Robin Wright) to track down and “retire” the child to prevent an inter-species war. The trail, however, leads him to missing blade runner Rick Deckard (Harrison Ford reprising his 1982 role) and a crisis of identity.

If you are, like me, not overly-familiar with the original film (but have at least watched it), then there are many elements in Blade Runner 2049 which will leave you with a rather puzzled look on your face. Jared Leto plays replicant manufacture Niander Wallace (and gives a rather unsettling performance), lurking in a headquarters of shimmering light and ruthless ambition. Knowledge of the previous film plays an important role here, and without it, proceedings might cause a scratch of the head.

That said, there’s more than enough to elevate the film to one of the great works of science-fiction, not least the stunning visuals and production design which are genuinely innovative. Blocks of vivid colour, mist-laden skies and stark neon lights frame much of the action, and Ryan Gosling cuts both a threatening and vulnerable figure, moving across these claustrophobic landscapes, framed all the time by some brilliant cinematography. Gosling’s interactions with his holographic girlfriend Joi (played by Ana de Armas) are beautifully staged, and it is perhaps here that the film is at its most emotionally-engaging.

Gosling’s is a performance of great intensity and magnetism, and it works well opposite Harrison Ford’s Deckard, obviously older but no less physical than during events of the first film. A film without Ford reprising his role would have worked, but his revisiting of the character works wonderfully to bridge the two and, in tandem with the other performances (which are universally great), it roots the sequel in the successes of its predecessor whilst allowing it to develop into a work in its own right. Dutch actress Sylvia Hoeks plays Wallace’s replicant enforcer and does so with a slightly manic and captivating air, especially in scenes with Robin Wright’s Lieutenant Joshi, and her outbursts of violence reflect the sense of unease which runs throughout the film.

The CGI is fantastic, and constructs a neo-noir world of technological wonder and threat. Much of this depends on the awe-inspiring visual design, but also on the soundtrack provided by Hans Zimmer which envelops the cityscapes and liminal worlds of the blade runners with an ethereal dimension. Even at 2 hours 44 minutes, the screenplay is, for the most part, economical but it does, at times, feel rather superficial in its engagement with emotion. The production design is the main attraction here and, although there is much to be gained from the thematic ideas of the script, it is perhaps not as emotionally affecting as it might have been.

Blade Runner 2049 exemplifies the very best of the genre, combining compelling characters with visual flair and first-class performances. For fans, it enhances the original film and does so with a quiet confidence in the beauty of its cinematography which is not afraid to let the camera linger to capture the anxieties of the film’s themes. To the average cinema-goer with no deep connection to the first film, it may miss the mark in terms of emotional engagement, but this does not diminish the captivating design and rich aesthetics engineered and overseen by Villeneuve. Whatever the box office results, Blade Runner 2049 is certain to take its place in the Hollywood canon as one of the greats.