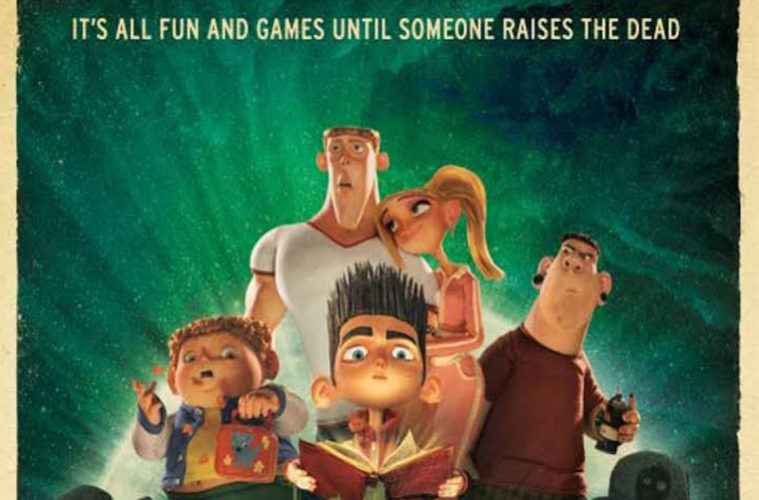 In 2012, Laika released their second major motion stop-motion film Paranorman. This is a movie which follows the story of the main character, Norman Babcock, who can see and communicate with ghosts. Because of this power he possesses, he is often misunderstood and treated as an outsider even by his family. Misunderstood that is, until he is forced to team up with some unlikely faces in order to take on the mission of keeping a witches curse at bay.

Paranorman might sound like a traditional fairytale plot line or the summary of a novel for your younger siblings, but this is a production with so much more to offer. The mistreatment of outsiders, the banding together of an entire community during time of struggle despite this and what happens when outsiders become heroes. All of these elements are present, alongside a darkness that renders the entire project into what is essentially soft horror. Something I found intriguing when watching it for the one millionth time is that it is exactly this combination of dark themes with dry humour which makes it such a subtle and powerful exploration of how society treats those who are different.

In the 5 years since its initial release, every re-watch has proven enlightening. There are so many facets to take note of that even now when writing about it, it is difficult to pinpoint where exactly to begin. Should it be the sweeping score that captures so beautifully the melancholy wonderfullness of a unique perspective? Or the moment when one of the strongest and most typically ‘masculine’ characters reveals quite openly that he is gay (the first time that this had ever been done in a clay-mation movie for children). These moments link together to show that constructions are harmful, and that their consequence is only forced self oppression in those individuals who would otherwise possess the most potential to not only change the world, but to better it.

As Halloween draws around again, it’s the perfect time to return to what has remained one of my favourite comfort films. Like I say, it isn’t just for children and there is always something new to take away from it. Sometimes adults pretend that children’s fiction has no worth of significant depth when the reality is that it often has more to say than the simplified cliches ‘grown ups’ read every day. This was evident throughout the entire production of Paranorman, when #WeirdWins was the trendning message. The artists working on putting together these intricate miniature sets and characters spoke out about how they too saw something of themselves in Norman, because art was their misunderstood super power once.

In summary, this is not just another movie about self-empowerment and the significance of revelling in your own gifts and identity. Instead it is a story about the value of kindness and about how the value of differing perspective is everything because that is in itself a valuable gift. Through a myriad of perspectives, we are able to formulate something we before did not have the power to shape in our own minds alone. To borrow from another infamous movie about heroes who began as outsiders, ‘Sometimes it is the very people that no one imagines anything of; who do the things that no one can imagine’.