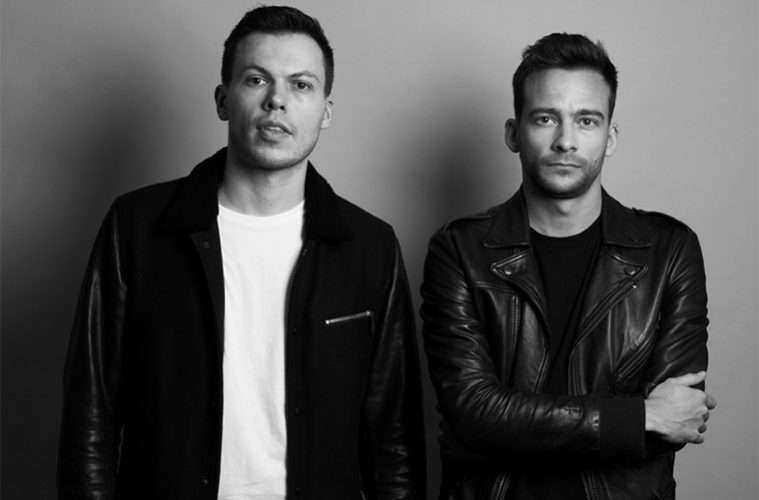 Bass music masters, Simon James and Ben Hall, also known as Delta Heavy, talk to us about their journey into a highly competitive industry since meeting back in 2003. Since releasing their debut, ‘Abort’, they have signed to Andy C’s RAM recordings, and have gone to secure their well deserved spot on the d ‘n’ b scene…

Q 1: Hi Simon and Ben! Thanks for wanting to chat to us! How are things?

Hi, thanks for having us. Things are great!  Busy, busy… working on lots of new music and also putting on our own night which is our main focus at the moment.

Q 2: So you guys met at university in 2003. Tell us about your journey as a duo artist from then!

We didn’t consider producing our own music seriously until we left University. We had both just moved to London from Nottingham and at the time we were both starting to learn to produce, so we decided we would try to learn together, and naturally that progressed to making music as a duo.

Q 3: What were your lives like before you became a duo artist?

A year before we started working together it was a typical student life of drinking, nightlife & Xbox with a sprinkling of studying and a lot of DJing. Once we settled in London it was all work. We both spent all our spare time producing. Si also worked in a music studio.

Q 4: What’s the best thing about travelling around for shows? Do you travel together for each one?

Ben lives in LA and Si lives in London so we have only played together twice in the last 2 years actually so it’s solo effort mostly these days.  The best thing is visiting so many areas of the world you probably wouldn’t normally get to go to. That said it is usually just direct transfers of airport > hotel > club > hotel > airport. Sometimes you skip the hotel and literally fly in and out so while, technically, I have been to places like Moscow & Puerto Rico I can’t really tell you much about them unfortunately which is frustrating!

Q 5: You’re both producers. How does it work in the studio?

We used to always write in the studio together but the process changed when Ben moved to the US. Getting time together in the same room is fairly rare but thanks to Dropbox and Skype it has been a pretty easy transition. We now mostly work on tracks separately with a few sessions together to get some ideas going. 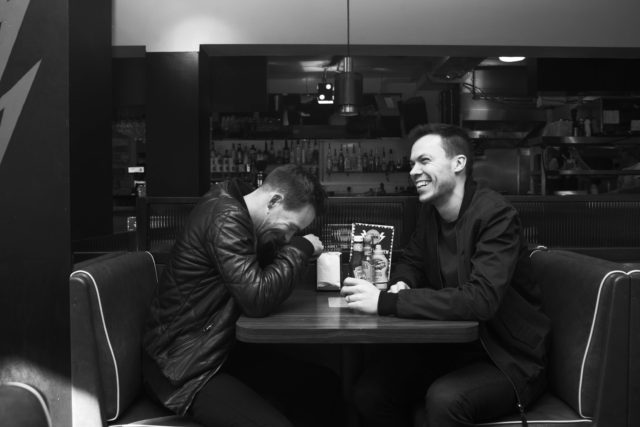 Q 6: What mainly sparked your interest in making drum and bass?

It’s what we both grew up listening to at school and then university. At that age I wanted music with energy and drum and bass definitely catered for that. When we reached University we were lucky that Nottingham had a really good scene and were spoiled with the DJs that came to play. There was a big crew of us who went out to the club nights every week which definitely fuelled the fire. Musically there is nothing like it so I think for many people you either get it or you don’t, but if you do get it, it’s infectious. We’ve always been into other music as well though and have always written different styles.

Q 7:  You’re signed to RAM Records! Amazing. How did that come about?

Ben’s sister was working for the club Matter at the time where Ram had a residency. She passed on our music to Andy C who got in touch and asked us to meet us the following week with some more music. We had nothing more to show so after a mild panic we spent all week in the studio and wrote ‘Space Time’ which ended up being our first release on RAM and is still one of the most important tracks in our history. It really put us on the map and we still play it every show.

Q 8: Has being signed to RAM made any changes in your music career?

It gave us a great platform to release our music especially as this was before everything was totally digitally focused. Being signed to one of the big labels in the scene was a big boost. Hard to believe it’s been 7 years already!

Q 9: You’re touring very soon! Is there anything else you’re looking forward to?

We’re always touring to be fair! We’ve been designing our own night which we are debuting on November 17th at Electric Brixton. It’s called Paradise Lost and we’re really excited to get it going and put our own stamp on the line ups and design. We’re bringing Feed Me plus a couple up exciting guests being announced and will be unveiling a brand new stage set up, something we’ve wanted to do for a long time.

Check out their latest single, Kaleidoscope, below…