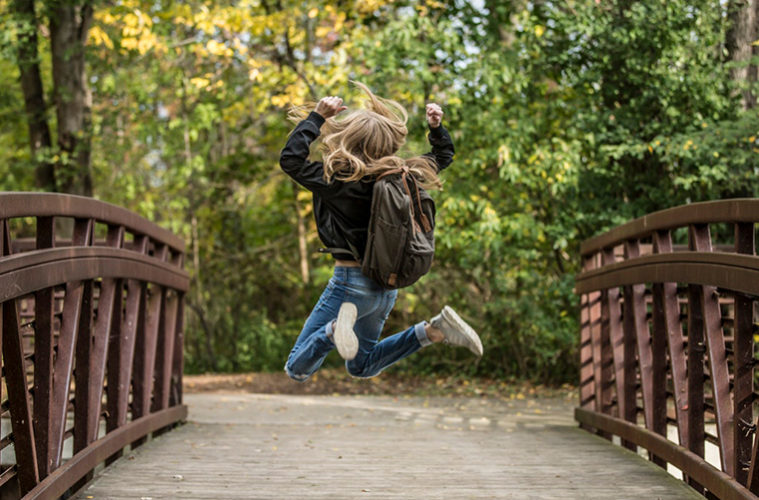 Dear Depression: Right Back at Ya!

Mental health and depression is a strange one because there is no one word which describes it perfectly; it’s different for everyone who has ever experienced it.

Illnesses like depression and anxiety can take a toll on anyone who has the misfortune of experiencing them, and being a student with depression can feel like a very lonely situation. As humans, it is up to us to break down the stigma surrounding mental health. When better to start if not right now?

Depression is like a friend you’ve been trying to get rid of, but no matter what, seems to cling on. As students it can seem 10 times worse because you’re supposed to be independent, but that can be hard when you feel trapped and like you can never live a truly independent life like all of the seemingly ‘normal’ people around you.

Being ‘unable’ to get out of bed appears to live up to the stereotypical student life, but what do you do when getting out of bed, something which is trivial, becomes a chore in itself? Bed can feel like a safe space, somewhere the demons are kept at bay for a short while. Some days the demons don’t leave so all you can do is lay in bed and sleep it off, because your energy is being digested by the demon who feeds off of everything that you are.

Some days are better than others, and just because someone has depression, doesn’t mean every day is terrible. It just means that some days are absolute trash and some days are ‘okay’. Depression doesn’t amount to never being happy. Yes, maybe that happiness is harder to grasp, but it is not non-existent. Maybe an assignment hand in lifts your spirits, being that stress can bring on depression and other mental illnesses according to NHS Choices.

Speaking of assignment deadlines, well, they’re awful in the first place because who wants to write a 3000-word essay about someone who existed 100 years ago? Am I right or am I right? Honestly, when you’re depressed, there is nothing worse than feeling pressured and stressed whilst feeling lethargic; work becomes a lot more challenging. However, a lot of universities have an extension policy so will offer some more time for students who are struggling.

There’s a belief that mental illnesses such as depression stops you from living, which in some cases is true, but there are things which can still be enjoyable. Maybe you don’t participate in the student nights out or the university societies, but perhaps you enjoy binge watching Game of Thrones and sharing pizza with your flatmates. Depression doesn’t make you a robot, it just makes you different and that’s okay.

Students with depression may need more support but there is no shame in that. If you need to talk then do talk to someone, whether it’s a friend or a wellbeing advisor or a counsellor, a lot of people want to help.

Your degree is important but your health is paramount, and just because you have a mental illness, that doesn’t mean you’re destined to fail. Depression can stick it because you are in control no matter what your clingy demon is telling you.