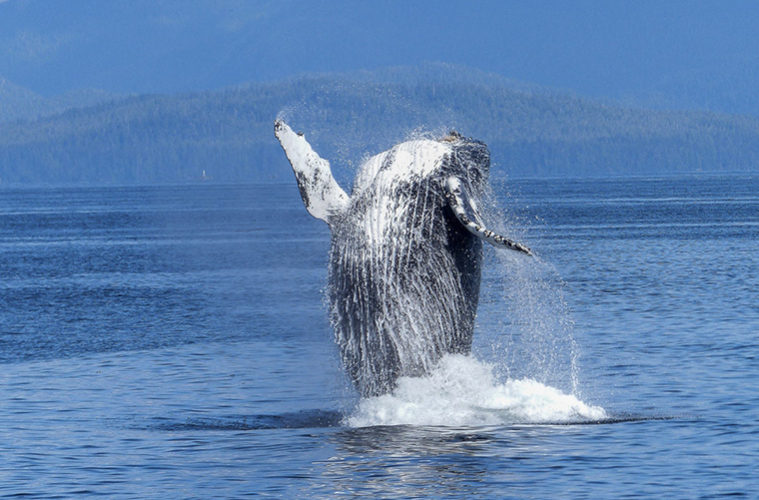 What We Can Learn From Whales

What can we learn from whales? It’s a question that many of you probably will never have asked but now that I’ve asked it, do you find yourself intrigued? Do you find yourself in that state so many historians do, when they look at something from afar and wish to plunge into the deepest waters that they might uncover the secrets of the ocean and the mentality + heart of a creature so different from the likes of mankind. If so, read on.

I like to talk about whales a lot. Sometimes I wish I had pursued that crazy dream as a kid of becoming the next Sylvia Earle – and who knows, there is still room and time enough to pursue all of those ideas. But anyway, I digress. My point is that talking about whales has opened my eyes to a lot of things that previously I did not see. Looking at the world from any perspective is valuable, because those that differ teach us the things we are blind to from our own vantage points. No matter how complex a creature a human is, it is not the complexity so much that we learn from. Sometimes it can be the simplest things that teach us the greatest amount.

So what makes whales so amazing? First of all, their ability to adapt. This was a creature which evolved from the land into the water, seen in the presence of the hip bones with no current purpose which are still a part of the internal skeleton. Originally, they would have taken on the form of a cow like animal. Where everything else was moving to the land, they went the reverse direction and as a result were able to develop a whole new system of living. This can be seen to in the manner in which they breathe.

Whales are conscious breathers which means that they decide when and when not they breathe. When they sleep they shut off half of their brains and keep the other awake so that they can still move their muscles to swim up to the surface and gain access to oxygen, unlike sharks who have to constantly swim in order to keep filtering the water to remain alive. The mother whales push up their calves to the surface to encourage them to take their first breath, and the maximum amount of time any of them can remain under the surface for is somewhere around 90 minutes. Whenever I am feeling particularly stressed I imagine I am a whale swimming in the deepest ocean. The work builds up on my shoulders like a tonne of water, pressing down and making things dark… but the minute I remember that I am a conscious breather, that it is my decision when and when not I take that breath, it is easy to make the decision to swim back up to the surface and inhale with full vigour. Only we are able to decide when we consciously take that breath in anything, just as only we can decide when to dive and sing and live.

As well as being conscious breathers they are conscious movers. Each year they migrate to warmer waters, sometimes travelling many miles. That determination to get to the right place is again enough to keep me focused whenever I am wondering what the point in writing yet another essay is. Those long distances are filled with song (they are the most musical of creatures) and companionship. Whales often travel in small groups and form close relationships with those who are a part of the Pod. Those close attachments mean that team work is often prevalent (as with the polder technique in the Netherlands) and despite not all being directly linked on family trees, family bonds are formed to connect them. This means they stick together and should someone be seperated and end up injured, they grieve together to. That team work is incredibly important to survival, almost as much as the individual decision to consciously breathe.

Lastly, they are kind. Kindness is something which is not always easy to give – in fact it can be the most difficult of things. Whales often work side by side with humans in need, or adopt creatures they discover in the ocean who are not able to care for themselves and may have been orphaned. They have the biggest of hearts (about the size of a car in the incident of the blue whale!) to make room for all of this too. And this just goes to show that just because you are the biggest animal ever to roam this earth, you don’t have to have the vicious teeth of a dinosaur or the violence of early human life to survive. Sometimes, being gentle, being kind, and being consciously alive is the best way you can fend for yourself.

So, as you can see, sometimes the creatures we do not think too much of because they are not all around us can be the ones who teach us the most of value. And if there is one thing I hope you take from this it is that different perspectives are our most important tool to accessing and comprehending further the world aorund us. I hope that you have found this content useful and that you love whales now as much as I do! What the infamous Arthur Darville said about feeling insignificant in scale in comparison to the skeleton of the blue whale of his natural history museum is true – sometimes taking the step back can be a good thing because it reminds us not only how small we are but also how valuable our time on this planet is. Let’s make the most of this amazing opportunity we have each been granted by being kind, by keeping up the moving and by not forgetting to come to the surface to breathe.