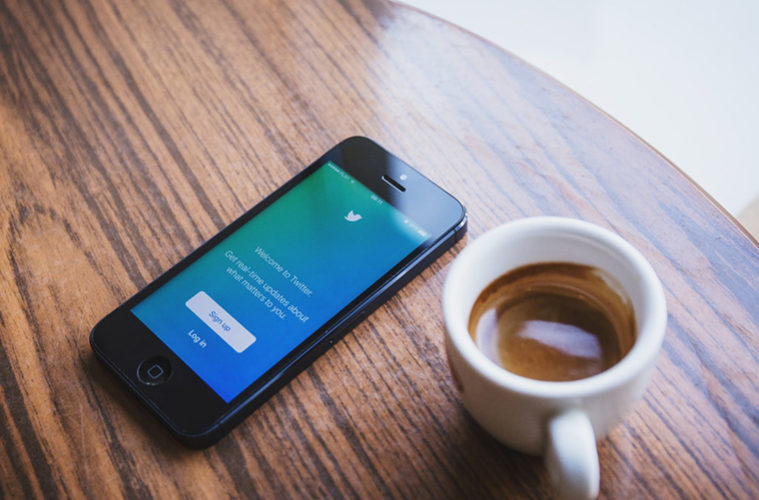 You’d be surprised how often you need to refer to something from Twitter when you’re a literature student. But it’s true – it’s the perfect place to find out what authors actually think and feel on a regular basis. You can find out if they are politically active, if they are doing charity work and then you can integrate this into your own work actually using the Tweets for evidence when appropriate. It was an odd learning to do that kind of reference for certain!

But alongside using social media to find out more about what authors are saying right now and how they are using their impact, more often than not there are some fantastic approaches to life in general that you can find. I know that I regularly find things which make me feel better about the world through a response of theirs.

Here are some of my favourites authors on Twitter:

The queen of all things literary, Rowling said in one of her earliest interviews that she wanted to use this super power she has acclaimed ‘for good’. That she has certainly done already and continues to do, particularly in her sharing of present debates such as gender equality and welcoming of difference.

In a tweet from 2015, a fan asked her why she had written Dumbledore as a gay character because they couldn’t ‘see’ him that way. Her response was absolutely fantastic: ‘Maybe because gay people just… look like people?’

She’s frequently claimed she isn’t a feminist because she believes a new word is needed after the forever changing meaning of this one. You probably know her best for the recent re-success of her dystopian novel, the Hand Maid’s Tale. I am of course talking about Margaret Atwood.

Whilst relatively new to the Twittersphere, her posts regularly feature shared thoughts on a myriad of different ideas; Chiefly charity work and discussing animal and human rights. In a Guardian post, Atwood used her usual wit to say how whilst she initially thought Twitter was ‘for kids’ she soon discovered that it can be fun to have that sense of ‘fairies in your garden’. A dig at virtual space? Never the less, an amusing and valid one.

And of course, you’ll remember her from school, Carol Ann Duffy; Frequent poet laureate and (as her bio says) ‘horror’ for the millions sitting their exams. On a similar note, she tweeted prior to results day saying that she didn’t want to hear from anyone unless it was about getting an A through her poetry on their exam!

But my personal favourite (poetry nerds you’ll get me on this one) was when she re-tweeted a teachers post that one of their students had given them an onion. ‘Not a red rose or a satin heart. I give you an onion’.

This is the age of feminist debate and strong female role models with the power to de-construct harmful labels to make the world a more welcoming place. Here’s to the voices welcoming in the outsiders. Here’s to Twitter debates!