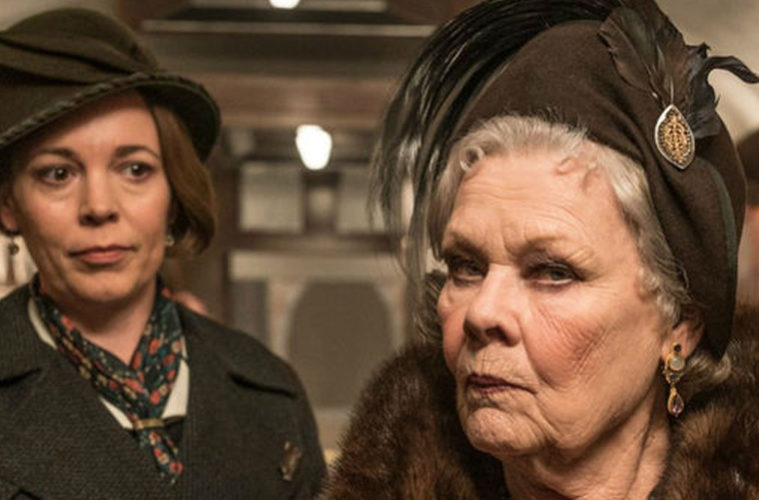 There’s a central question to be considered when watching any adaptation of an Agatha Christie novel: does having knowledge of “whodunnit” reduce one’s enjoyment of watching a film or television adaptation? The Queen of Crime is known for her intricate and ingenious plotting, and on a first reading, stories such as Murder on the Orient Express are riveting and surprising in equal measure. This is not the first adaptation of one of her most famous works (there was a 1974 Albert Finney film and, more recently, David Suchet starred in a TV version) and many will be familiar with the story’s ending. On one level, this does diminish some of the pleasure but, on another, the production values and cast can help to provide a fresh take on established material. Kenneth Branagh directs and stars in this new film version which, although it chugs along fairly nicely, sometimes threatens to derail into melodrama and absurdity.

Closed-location murder mysteries have been a staple of the genre since their inception: a country house, a boat, a locked room and, in the case of Murder on the Orient Express, a luxurious steam train, provide a perfect backdrop to death and mystery. Branagh takes on the role of the fastidious, particular, and vaguely annoying Belgian detective Hercule Poirot, sporting a set of moustaches which, quite frankly, are ridiculous. That said, as the film goes on, you become more accustomed to them in the same way that you learn to ignore that spot on your face after a few days.

We first encounter Poirot at breakfast, measuring the height of his boiled eggs (for that is the kind of man he is) before embarking on a journey to Istanbul. On arrival, he boards the Orient Express train after being summoned to investigate a new case. When one of the passengers is killed and the train is partly derailed by an avalanche, Poirot has to employ the little grey cells to uncover the killer – a task which leaves him with a difficult moral dilemma.

There’s no denying that the film is largely faithful to the original 1934 book, and the plot twist will leave the uninitiated with a smile on their face. Both the interior and exterior sets are sumptuous in their design and aesthetic. The camera sweeps in on the train as it rumbles through a CGI landscape reminiscent of The Polar Express – vistas of ice and snow punctuated by the black smoke of the engine. Inside the train, too, the art deco luxury of wooden panelling, angular lights and uniformed staff provides a lavish backdrop to the murder and to the passengers’ anxieties. In terms of set and costume design, Branagh and his team have certainly done a brilliant job in capturing a by-gone era of romanticised travel and dining cars.

The cinematography, too, makes the most of the claustrophobic environment and the camera moves around the compartments and carriages in a novel way. At one point the camera is placed directly overhead during the reveal of the murder victim, seeing through walls and tracking along corridors as if a drone above a massive Cluedo board. Some of the action also takes place outside the train with a similar theatricality which is interesting to watch. Yet, this sometimes spills over into contrivance, making the audience aware of the artificiality of proceedings, rather than complementing a cinematic immersion into a dark and threatening plot.

The cast of characters could not be more typical of Christie: an array of middle- and upper-class characters ranging from maids to counts and rich business men, all with secrets to hide. Branagh puts in a competent performance as the Belgian detective and certainly makes the character more agile (you’ll never have caught David Suchet’s Poirot striding along the snow-covered roof of a train carriage). He is joined by an impressive ensemble cast: Michelle Pfeiffer stars as a sultry American widow; Leslie Odom Jr. plays Dr Arbuthnot who may have a past with Daisy Ridley’s governess; a formidable Russian princess is played by Judi Dench, joined by her maid in the form of Olivia Coleman; Penélope Cruz, Manuel Garcia-Rulfo and Willem Dafoe offer some foreign intrigue, as do Count and Countess Andrenyi who are played by Sergei Polunin and Lucy Boynton. Ratchett (Johnny Depp), a nasty piece of work who propositions Poirot to protect him against his past misdemeanours, is joined by his manservant (Derek Jacobi) and secretary played by Josh Gad.

Despite such an impressive cast, the character development is a little disappointing and often falls back on cliché. You could argue that this is because there are too many characters for a 2-hour film, but there are scenes before the murder when little flashes of real depth occur between the characters, particularly in Johnny Depp’s performance. Several sequences were a little histrionic for their own good (particular in the action scenes) but, for the large part, the talent of the cast carried the plot along in an engaging fashion.

Murder on the Orient Express adds a little fun to the character of Poirot and quite a bit of CGI sparkle whilst remaining true to the original novel. There’s nothing low-key about either Branagh’s performance or the production design, something which benefits certain elements in the film, but which also damages others. For those who know the story’s ending, there’s enough here to keep things largely on-track, even if the melodrama threatens to dispel any sense of real threat. A perfectly entertaining watch if nothing revolutionary.