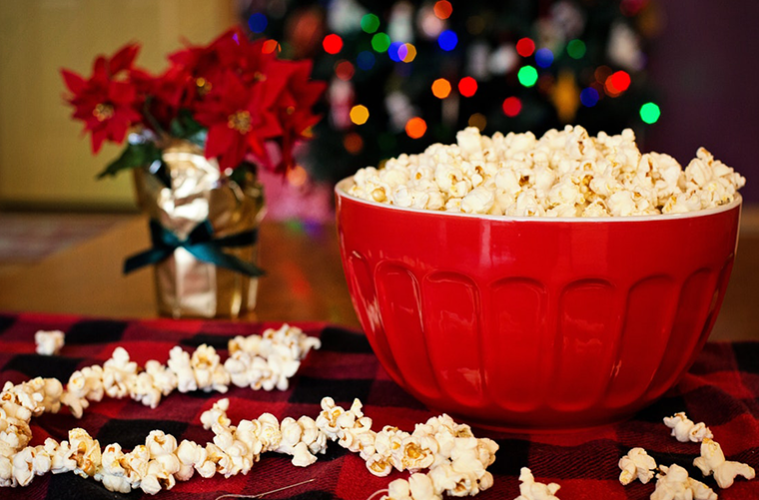 The last sparklers have fizzled out and the firework fog has parted which can mean only one thing… It is officially Christmas season! It’s evident from the decorations going up in city centres and the festive spirit exemplified even by the busiest commuters that there is much to look forward to. The winter season is always fun, with the promise of snow, hot chocolate and the absence of pesky wasps (a personal favourite). A particularly exciting element of winter is what it brings to the cinema with it.

This year is no exception and there are several blockbusters which I’m particularly looking forward to. So what are you waiting for? Send out a group chat to your family and friends pronto because there are some blockbusters which will make the end of your 2017 that extra little bit special.

This one came out relatively early in November and isn’t necessarily a Christmas movie, but I do think it is a very important one to note nevertheless. It focuses upon the creation of devices which enabled those who suffered from and survived polio to not face a life of being trapped in doors for the rest of their lives. My grandma suffered from polio when she was a child and, despite the introduction of the vaccination, it is still an epidemic which kills thousands every year. I think through the re-telling of this particular story and the medical developments it led to, there is something everyone can take away from this film in their outlook on every day life as well as history and medicine respectively.

Silly and sweet, having Paddington spring from the page to the screen for a second time is going to be twice as much fun! In case you’ve been living in a Darkest Peru without all of the talking bears, Paddington has travelled from his home there all the way to London where he has been taken in by his adopted family the Browns’. Whilst he is smart and life is wonderful, there are many who want to get in the way of Paddington and make use of him to gain wealth or fame. Yet on despite his run ins with villains, the adventure is fast paced and hilarious (you’ll never see a tooth brush the same way again after you’ve seen it covered in ear wax) making for an action packed watch.

Not sure how I feel about this one as of yet as, being an avid 90’s movie fan, I don’t think that the best films can be re-made. However, that said, the whole prospect of Jumanji is that it is a game which is played and leads to a journey of self discovery with plenty of fears and surprises along the way to face; in this regard, perhaps it will lead on from the previous film in a new story with different characters. I hope this is the case and that, unlike the Ghostbusters remake, it does not disappoint.

This one I can say for sure is not going to be a disappointment because acca-scuseme! how could it possibly be? There will no doubt be a return of our favourite Bellas with some fresh new faces and competition, with renditions of classic pop and mash-ups of chart toppers to keep the plot moving. It’s sad that this will be the last one, but at the same time it will also be good to see how far these characters have developed along their movie journey to life beyond college. But that said, I sure am gonna miss them when they’re gone.