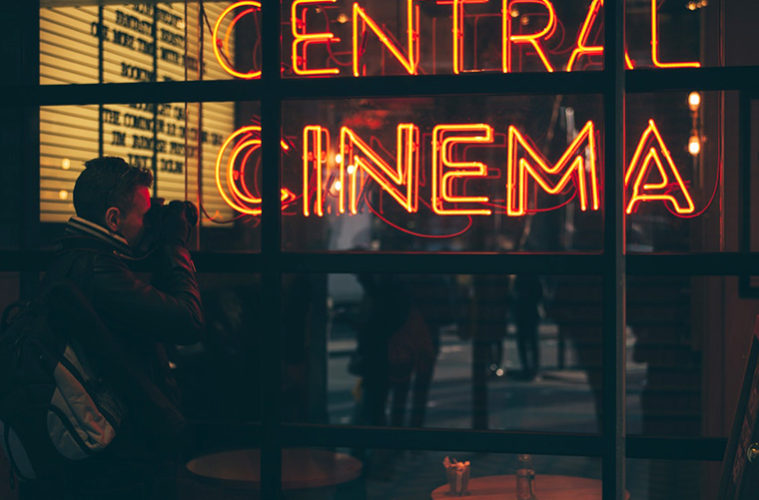 The nights are drawing-in, winter coats are coming out of the wardrobe and Christmas presents are going under the tree. Okay, not quite, but winter is definitely on its way and what better place to escape from the cold than a warm cinema? Here we take a look at some of the big films set to the cinemas near you over the coming months…

Superhero movies are big box-office business and recent years have seen studios capitalise on this by throwing several superheroes from the same universe into one film. The DC Extended Universe will release its fifth instalment on 17th November in the form of Justice League, directed by the distinctive Zac Snyder and featuring Batman (Ben Affleck), Superman (Henry Cavill), Wonder Woman (Gal Gadot), Flash (Ezra Miller), Aquaman (Jason Momoa) and Cyborg (Ray Fisher) as the superhero ensemble. Joined by an impressive supporting cast in the form of J. K. Simmons, Amy Adams, Jeremy Irons and Ciarán Hinds as supervillain Steppenwolf, Justice League promises to be an action-packed treat for comic and film-fans alike.

Battle of the Sexes 24th November

From a superhero battle to a sporting one, Battle of the Sexes is a sports film loosely based on a 1973 tennis match between Billie Jean King and Bobby Riggs. Emma Stone and Steve Carell play the tennis stars, charting their personal and professional lives in the run-up to their court show-down. Expect some interesting fashion choices and some crowd-pleasing moments. New balls please!

Up there with the biggest releases of the year, Star Wars: The Last Jedi will arrive in cinemas just before Christmas. The last film role of Carrie Fisher who died in 2016, The Last Jedi sees Rey (played by Daisy Ridley) set off on an adventure with Luke Skywalker, Finn, Leia and Poe to unlock the secrets of the Force and uncover some past secrets. Rumours have circulated about the exact plot, but with a stellar cast to match an astronomical adventure, it is set to leave fans grinning from ear-to-ear.

Is it a remake? Is it a re-boot? When the trailer for Jumanji: Welcome to the Jungle was released, it whipped up a fair amount of online controversy as many saw it as a poor imitation of the original 1995 Robin Williams film. Those debates aside, the board game has been replaced this time by a video game, and four teenagers are sucked into the game, becoming the avatars they chose to play. Starring Dwayne Johnson, Jack Black, Karen Gillan and Kevin Hart, Jumanji will have to pull out all the stops if it is to win-over its critics and tread a fine line between comedy, action and fantasy-adventure. Has anyone seen Alan?!

The Bellas are back, this time on a European tour which gives them one last chance to perform together. Rebel Wilson and Anna Kendrick head up a great cast and, hopefully, a witty and fast-paced script. Aca-scuse me? The first two films were a triumph: funny, female-driven, and very entertaining, so here’s hoping that Fat Amy and crew can make it three out of three.

The Greatest Showman is bound to draw comparisons with Moulin Rouge and tells the real story of American impresario P. T. Barnum (played by Hugh Jackman) who founded a travelling circus which became an international sensation at the turn of the century. Jackman will be whipping out his singing voice again, made most famous in Les Misérables, and the film has apparently been a dream of his since 2009. A musical spectacle, it may well tip over into saccharine sentimentality but with a supporting cast including Zac Efron, Michelle Williams and Rebecca Ferguson, and some eye-catching set pieces, The Greatest Showman may just be what you need after the Christmas come-down.