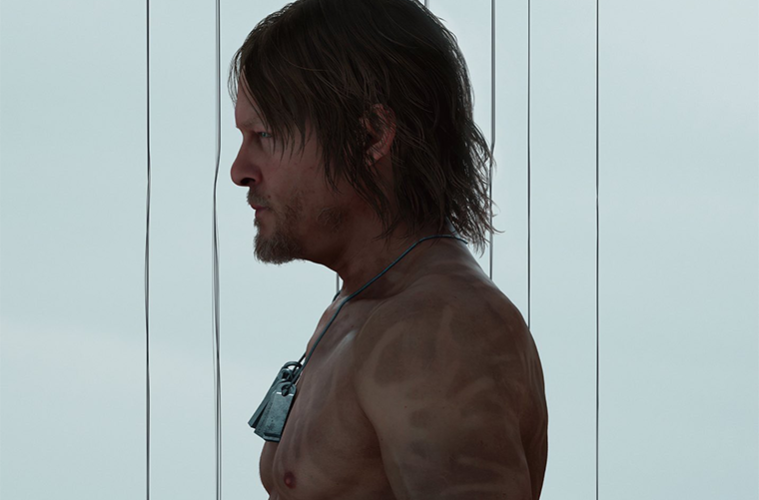 The new trailer for the upcoming action game, Death Stranding, from Kojima and del Toro has dropped – and we still have no idea what’s going on.

Hideo Kojima and Guillermo del Toro provided us with another peak at their upcoming PS4 collaboration which stars Norman Reedus (The Walking Dead) and Mads Mikkelsen (Hannibal). From what we can gather, we’re going to be looking at some kind of open world, alien-esque, post-apocalyptic horror. In the trailer we see three men in what look a lot like space suits and a strange tech-y arm attached to their back. Not to mention one has a baby inside some kind of mechanic embryonic sack attached to his stomach…

They are being stalked by an unknown entity (possibly more than one), one we cannot really see, but can just make out as it hovers in the far distance. Whatever it is, it brutally submerges one of them, and levitates another which causes the guy to stab/shoot himself… Suddenly, Reedus is left with the baby sack and is sucked to the bottom of a lake where we see some kind of horrific and distorted beast skate across the surface of the water above. And for whatever reason, the baby is inside Reedus’ character… down his throat to be exact. Don’t worry, we’re feeling a little disturbed too.

We’ve revealed the new DEATH STRANDING trailer at TGA. Here’s the new key visuals made for today. Cast is of course led by #NormanReedus #DeathStranding pic.twitter.com/Nev7bLIGqF

Little to nothing has been revealed about the game play or plot, and we still have very little knowledge on when we can expect to see this disturbing game released. However, the trailers released so far have certainly created anticipation amongst gaming enthusiasts, and sparked a lot of questions.

For those of you who missed the previous Death Stranding trailers, check them out below.