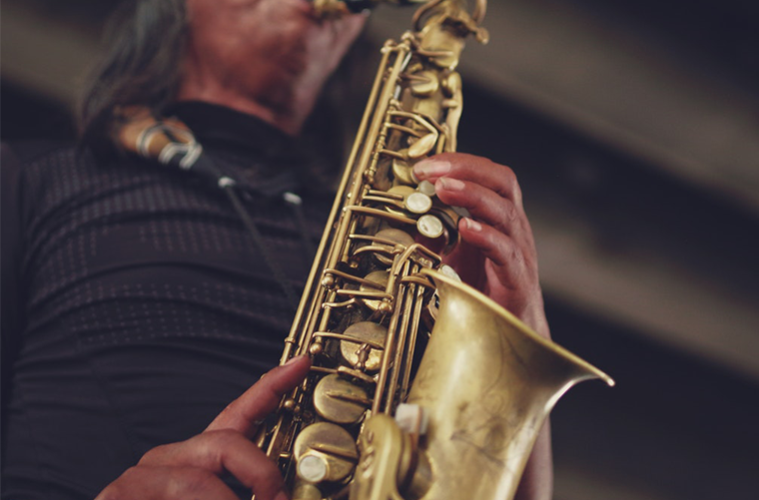 What Jazz Has Taught Me

When I hear jazz it opens me up like one of those anatomical frog diagrams in a way that transforms me into a vulnerable listener. Vulnerable, because unlike the genres of classical, film or pop, I have absolutely no idea what to expect. Jazz is always changing – it is one of those words that you can track in its movements and transitions kind of like those train monitoring apps as it goes from one stop to the next. There is so much fusion that it’s kind of confusing in the long run to summarise and define exactly what jazz is.

Learning about the history of the music is much easier to do than to actually comprehend what you’re hearing. Even more challenging is playing the stuff because you might just think it’s making it up as you go, but the reality is it’s all about being the best listener. If you haven’t played with the ideas of every composer, lyricist and improviser out there then you are not a jazz musician. You need to have internalised all of it and know exactly where to strike to make it molten gold in the ears of your audience. I know because I’ve tried it and it is something I am in sore need of improvement with because I am well versed in the different forms and I know modes, scales and sequence, but what I do not know is how to let myself really open up and listen. When you listen to those around you and incorporate true ensemble skills you allow yourself to relax into being free, and having that freedom to think is where the music comes from in the first place. It’s what make sure the sound stays molten instead of hitting the ground and forming a lump of metal with no shape.

For a long time, because of my inability to play jazz, I’ve thought that I’m not good at listening to it. When I first started playing, I thought that it just made not sense that I had studied all of the context and development of it throughout the last 100 years but couldn’t make something sound as new or exciting as those records of Parker and Armstrong did. I’m not saying it’s easy to become those people (the guys were geniuses afterall) but if I couldn’t even replicate what they were doing after hours of practice, how on earth could I ever go on to do something like they did myself? The answer is that I was going about it all wrong. This isn’t something you can learn through replication overnight, though taking the time to transcribe and listen is important to progress. I was obsessing about learning one solo inside out the way you would do with a Mozart concerto when what I needed to be doing was looking at the Armstrong solo, learning it for an hour in depth, doing it a few days from then as a quick study and then improvising using what I had noticed: Experimenting until something clicked. Playing the same solo with as much precision as I could was only putting me into a very narrow box, the likes of which only ever births copycats and not the kind that make records other people listen to under the word ‘jazz’. This is a form too relevant and contemporary to be put into a box, and one we are still figuring out how to teach. It is electric and alive, commenting on the state and need of change, just as we are; it is the music of a modern, restless people the likes of which is evolving all the time in the same way a good Gillespie solo is doing so many years on.

So when I try to summarise what jazz is, I’m not afraid to say ‘everything’ anymore. Being afraid of a word afterall only encourages a fear of a thing itself, which is why so few people are listening at present – they’re afraid and they see it as too elitist for them. And I think it’s about time that the word made room for progress and for new ideas, which often find themselves rooted in the improvisation of a fine double bass player or the trombonist with a mean habit of integrating catchy licks. The world is in sore need of an audience for jazz and that will come with time. There are some exciting sounds in the Pandora’s box of the music world and their voices are becoming more and more unique every day. It’s time for the world to open it’s eyes and start talking in Lydian mode. It’s time for hot to be cool again.