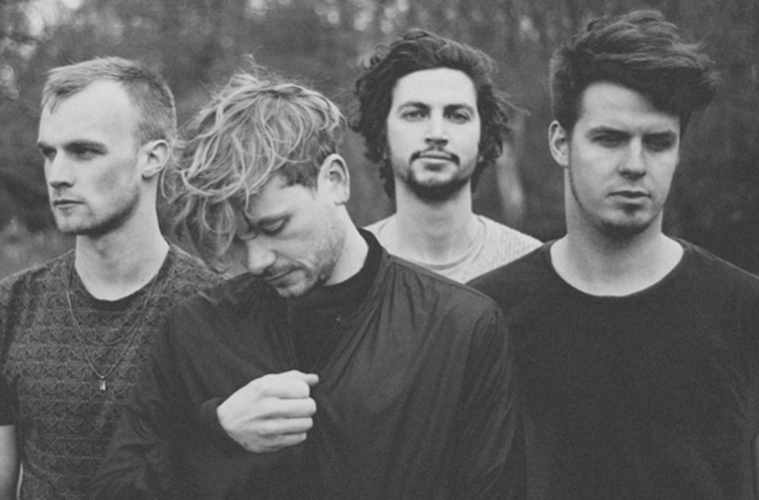 The King’s Parade Talk About Releasing Their New Single

Since their formation back in 2012, The King’s Parade have picked up critical acclaim across the globe with their music which is inspired by The Black Keys, Michael Kiwanuka and Alabama Shakes. They continue to refine new soul blueprint as they grow their fan base each day, and we were lucky enough to chat to them about their new single…

Q 1: Hey, thanks for chatting with us! How’s it going in the world of The King’s Parade at the moment?

Hey! It’s pretty busy (which is a great thing!). We’ve just added the final touches to the new tracks we’re releasing in the next few months and they’re sounding really exciting. On top of that we’re getting ready to head off on tour next week through the Netherlands and Germany.

Q 2: Can you tell us how you would describe yourself as a band and the music you make for anyone who doesn’t know you?

Always a tricky question…! We call ourselves Alternative/Soul and hopefully when you listen to our tracks you’ll hear what we mean by that. If you like Alabama Shakes, The Black Keys or Michael Kiwanuka then this should be right up your street!

It’s been a busy few months after the Summer festival season. We’ve been lucky enough to be in the studio a lot working on new tracks and we also managed to fit in a small tour around Germany  in September.

Q 4: So when did you all meet? Tell us about your journey into the music industry.

We met a few years ago coming out of Uni. We all wanted to pursue our careers in music and after a few jams together there was no question we wanted to keep working together. We decided it would be a great (possibly ridiculous) idea to save up money to move to London by applying to be a house band on a cruise ship. Thankfully we were accepted and we played together through Alaska, California and Hawaii over three months which made us really tight. Right after we finished the contract, we moved to London and we’ve been living together ever since.

Q 5: Did you have any inspirations?

I think we’re constantly inspired by other musicians. One thing we’ve come to realise is that the industry should never feel like a competition. We’re all trying to share our ideas and express ourselves through music as part of one community. It’s always exciting to see where other artists take their craft and hopefully other artists feel the same way about us.

Q 6: Mother Tongue is your most recent song! Can we expect anymore releases?

We’ve got a new single coming out next week! It’s called ‘Night Calls’ and we’re so excited to put it out to the world. We’ve been playing this track for a few years but it just felt right to put it out now. Check it out on Spotify and let us know what you think!

Q 7: I love the music video to ‘Mother Tongue’. What’s the recording process like?

Thanks! Strangely enough, ‘Mother Tongue’ is the first video in which we feature. We’ve always been a bit sceptical about getting our faces in a music video but we’re really stoked about how it came out. We think it’s really important for our listeners to see how much of a unit we all are and I think this video captures that. We’ve got more exciting videos on the way too.

Q 8: Out of your whole career, is there one show in particular that really stands out to you?

Every show has something special about it but obviously there will be some shows which stand out because they represent big moments in our careers. It would be hard to choose one but I think an important one was a show we did way back in a venue called “Bedroom Bar” in Shoreditch. We managed to organise a show with a promoter called IAM (Independent Artist Movement) and they really made it special. It was the first time we had a room full of fans and they were going crazy. We’d never felt that kind of fan interaction before and it felt like the beginning of something incredible.

Q 9: You all spend a lot of time together, especially on tour – do you ever annoy each other?

We spend a lot of time with each other full stop! Thanks to living together, we’ve gotten pretty good at learning each other’s ways and figuring out when someone just needs a break or a bit of alone time.

We’ll be releasing a new EP and we’re planning a bigger tour across Europe. We’ll finally be able to reach countries like Spain, France and Italy who’ve been asking for shows for ages. It’s going to be a busy 2018!