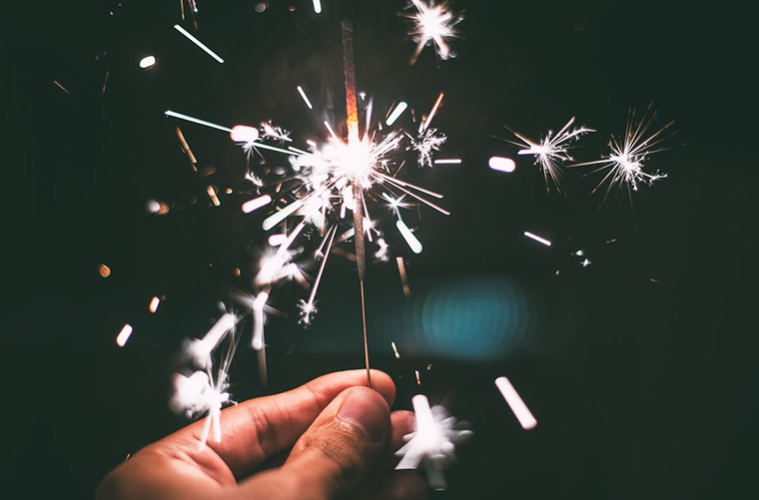 New Year’s Eve is a big night for most people; if not only because of the anticipation leading up to it. Of course, sometimes you can try so hard to plan “the best New Year” ever, that it all falls apart. We’ve all had a night we’ve spent months building up to turn out to be a letdown, but somehow it just feels even worse when that particular night is NYE.

This year, plan ahead, but try and find a compromise. Somewhere between “low-key” and “extra” should do it. Stuck for ideas? Here are just a few. We don’t want to jinx it, but this could be your best one yet.

Hit Up The Hot Spots

The UK has some of the most internationally renowned cities to ring in the New Year, so make the most of it while you’re here, and while you’re still a student with time to spare. London is England’s major celebration city, but Edinburgh leads the way for Scotland and arguably all of Europe. If you’re in London, it’s all about the fireworks on the international stage, but the whole city comes alive with parties and more.

In Edinburgh, there’s more of the same, but there, they call it Hogmanay. The great and good of the entire country and beyond descend on the Scottish capital to experience the high spirits of Hogmanay and the whole thing is characterised by street parties, with the historic castle lit up as a backdrop. There’s live music, festive markets, and so much more. You don’t go because it’s the best club or the cheapest drinks, you go for the vibe – and just to say you were there. It’s a little bit special and the student budget needn’t be stretched too far if you hop on a Megabus and check into a hostel. Be sure to wrap up warm, too – Edinburgh can get nippy!

Bring In Your Luck

There is an abundance of superstitions about the New Year that a lot of people subscribe to. While you’re not going to spend your entire evening hoping for luck, the earlier part of the evening could be spent planning ahead.

Why not play the lottery? A lot of us hope for a better year when the new one rolls around. Usually, this is fairly arbitrary (you can get fit any time of year… just saying), but when there is an extra special prize fund handing the opportunity of winning the Lottoland €100m Mega 2018 jackpot, it makes a New Year flutter a little more tempting. We all know that when you win the lottery, things change big time, especially when there’s a mega jackpot.

To increase your chances, why not rely on old traditions known to welcome good luck? Inviting a tall, dark stranger into the house is said to bring luck to the household; it’s called first footing. Bring a lump of coal and a drink for extra prosperity.

Okay, okay… you’re not old yet. We know. But staying in doesn’t have to be all doom and gloom. Why not host a party? There’s so much less expectation, you’ll save money, and (touch wood), there’s way less that could go wrong.

There are worse places you could be. Surrounded by friends and loved ones, you’ll hopefully be around the people you want to spend more time with over the year ahead. Oh, and there’s probably more chance that your elusive New Year’s kiss will be someone you actually like, as opposed to some random you’re never going to see again!

Keep it casual, keep the playlist running, prepare a bit of a buffet, and make everyone BYOB. You’re a student after all – you’re not made of money!