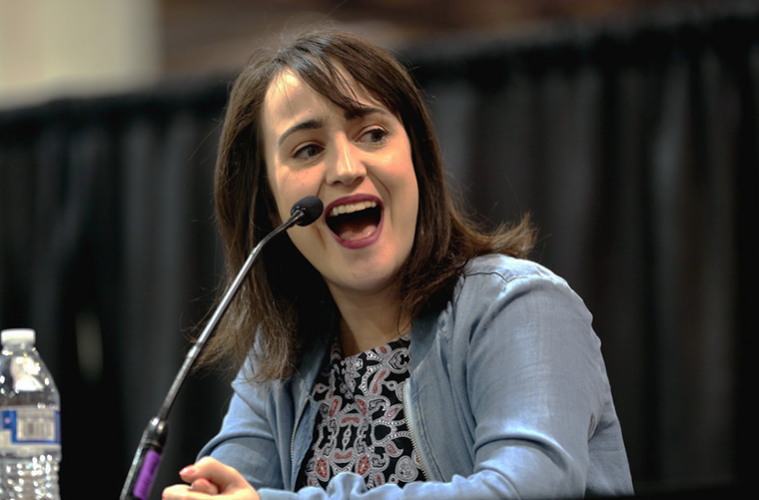 Where I Am Now – Mara Wilson

When I first found out that the actress from one of my favourite childhood movies (Matilda) had brought out a book, I just had to get my hands on a copy! Entitled Where I am now, this collection of essays by creative Mara Wilson centres not only around life as a child actress but around identity, growing up and coping with everything from puberty to grief.

As I say, hearing about this book struck a chord of curiosity because of how much I loved the movie she is so famous for. But once I began reading, I found out that there is so much more to Wilson than first meets the eye. Being in a film that gained the cult following Matilda did, particularly when her mother had just passed away, was so much more of a struggle than any audience could imagine. Wilson was left feeling that she had ‘peaked’ as a 7 year old, when the reality is that these short insights into her thoughts and memories reveal quite the opposite.

After I started reading, I simply couldn’t put it down – which is saying something because I had a lot of proof reading to catch up on that day! It was like I was having a conversation with someone I knew so well that we were straight past the small talk and right into discussing the things that we actually cared about; how we are perceived by others, what keeps us awake at night and most importantly, what it is we want to do with this one precious life of ours. There is something comforting about her tone that makes these most difficult questions interesting to ponder – I think even Aristotle and Dante would be a little jealous of how succinct and clear her philosophising is, particularly when regarding her thoughts about life and death. In addition to this, she also spoke in great depth about mental health, both her own and that of others. With blue Monday fast approaching, I couldn’t help but think that we need more books like this where individual experiences are discussed fully to help rid the world of that negative stigmatism which is still so prominent at present despite everything so far achieved progress wise in the C.21st.

My favourite chapter was an open letter to the character Matilda, in Wilson discusses how the story impacted upon her life, e.g. the irritation at only being recognised for one thing, and the lack of closure that seemed to come with the role. But that said, she left it on a positive note which I think many of us can take heed of: We should be grateful for our experiences, all of them, even if they do not end up where we think they will. Whilst Matilda will always be a part of her, Mara Wilson is so much more than a grown up version of the Dahl protagonist we all know and love. She is a story teller, a poet, a philosopher, a comedian, an artist. She has the capability to be whatever she wants to be and is certainly far from peaked; I cannot wait to see where she goes next