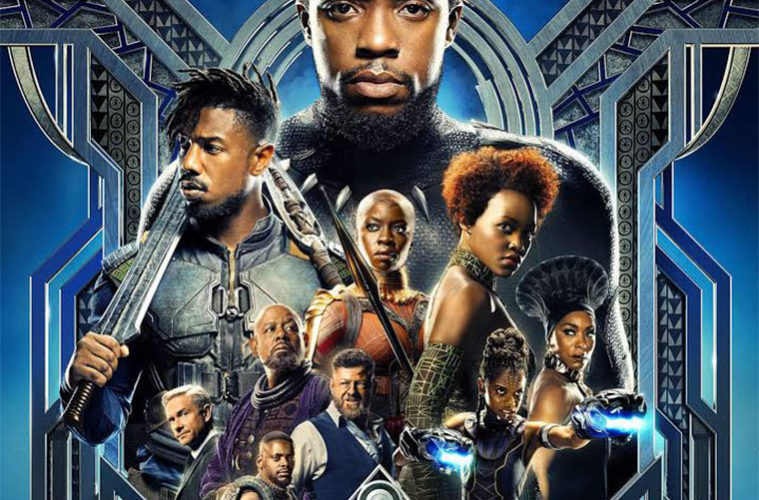 Black Panther, the eighteenth film in the Marvel Cinematic Universe, will hit the big screens February 12th and is directed by Ryan Coogler. It is said to be one of the most anticipated and recently released comic book movies.

The trailer gives us an exciting, futuristic and mysterious feel to the film although the story is difficult to pin-point. Chadwick Boseman is ‘T’Challa (Black Panther)’ and returns as a previous character from ‘Captain America: Civil War’. The whole film is seen to pick up parts of other Marvel films narratives, as per usual, shown in the repetitive previous characters such as CIA agent Everett Ross and Ulysses Klaue, last seen in ‘Avengers: age of Ultron’.

It is set mostly in a hidden nation called ‘Wakanda’ and Boseman is followed as the king of this nation. Footage for ‘Black Panther’ was released as early as April 2017 which has highlighted a new style of Marvel film. The film’s cinematography, costume and diversity of race throughout brings a completely new look to superhero films which is creating excitement with audiences.

Avengers: Infinity War, in cinemas May 4th, is the first installment of the two-part film. It is set four years after the events of ‘Guardians of the Galaxy Vol. 2’. The Avengers have been badly struck by the happenings from ‘Captain America: Civil War’ and must join forces with the ‘Guardians of the Galaxy’ characters to stop the recent arrival of ‘Thanos’ (the typical Avengers bad guy) on earth as he has intentions of creating a gauntlet that will allow him to bend reality to his will. The ‘Guardians of the Galaxy’ characters appear late in the trailer meaning they may not have much involvement in this film but more so in the second part of this series, which is planning on a release in early 2019.

Many characters are shown having a change of style, for example, Black Widow sports a new suit and blonde hair instead of her usual red locks. Captain America’s suit features a much gloomier look as they have removed the typical red white and blue, which could forecast some unhappy events in the film…

Other releases this year include ‘Ant-Man and the Wasp’, in cinemas July 6th, and is the sequel to the 2015 Marvel film ‘Ant-Man’, It takes place after the events of ‘Captain America: Civil War’. It sees the main character, Scott Lang, trying to balance his home life as a father and his Ant-Man responsibilities when Hank Pym hands him a new mission requiring him to pair up with his daughter, Hope Van Dyne. The marvel comic film ‘Deadpool 2’ is also set for release June 1st following the first film’s great success.

Although not from Marvel, ‘Red Sparrow’ by 20th Century Fox which is starring Jennifer Lawrence, will hit cinemas March 2nd, and has sparked debat due to the obvious similarities to the Marvel character ‘Black Widow’ causing fans to be in disbelief at the lack of a Black Widow solo movie.

How come Scarlett Johansson isn't in the Black Widow prequel and why is it called Red Sparrow?

WRITER 1: What can we title this so nobody suspects it's just a Black Widow knock-off?

STUDIO: Here is a check with many zeroes. https://t.co/vi7dCj3ZHK