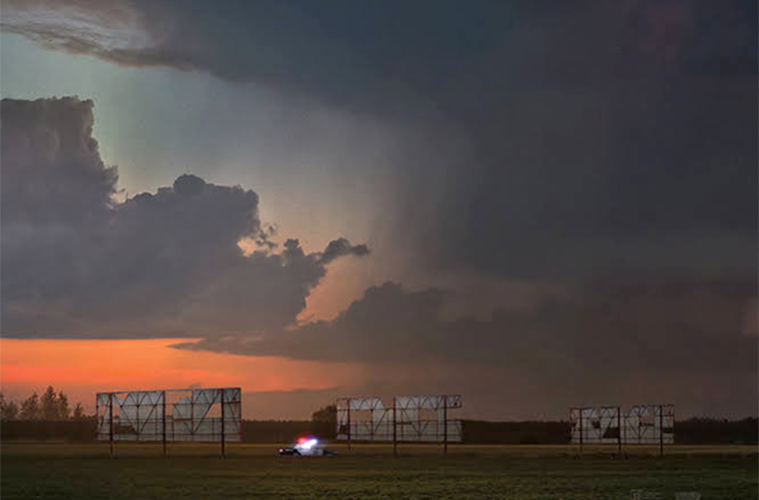 The Oscars nominations are imminent and quite a few people have tipped Three Billboards Outside Ebbing, Missouri as heading for Best Picture glory. Others, however, have said that the field has never been more open than it is this year. As with most things, it just depends on who you talk to. Nevertheless, most will agree that Three Billboards is a muscular and profound film, with first-class performances and an overall tone which shifts from comedy to tragedy, from thriller to family drama with beguiling ease.

If nothing else, Three Billboards Outside Ebbing, Missouri would win an Oscar for strangest (although, perfectly accurate) film title. The film’s opening does, indeed, introduce us to three damaged billboards lined up along the side of a country road like silent way-markers, gravestones to capitalist ideals. Mildred Hayes (played by Frances McDormand) is grieving the death of her daughter who, seven months previously, was raped and murdered. Frustrated at the lack of progress in the case, Mildred rents out the billboards to keep the case in the public eye and put pressure on the local police chief, played by Woody Harrelson. The billboards cause a stir in the small town, leading to a series of events which reveal the fragile relationships of a small town.

Written and directed by Martin McDonagh (who also directed 2008’s In Bruges), the film’s screenplay is razor-sharp, and blends black comedy with affecting drama which draws out some brilliant performances from the cast. Frances McDormand is terrific as a mourning but fierce mother, struggling with a sense of hopelessness and guilt brought about by her daughter’s brutal death. Her interactions with her estranged husband and his new, younger girlfriend (John Hawkes and Kerry Condon) are both funny and tragic in equal measure, and McDormand gives a magnetic performance from beginning to end. She punctuates her character’s more wild moments with nuanced and powerful emotion, especially in scenes with police chief Bill Willoughby which swirl with both contempt and empathy.

Harrelson is great in the role of Willoughby, as is Sam Rockwell as Officer Dixon, a volatile and troubled junior policeman with a fascinating character arc. There is much violence, especially as a result of Dixon’s loyalty to his superior, but this serves to highlight the personal dramas of the characters. Peter Dinklage – of Game of Thrones fame – gives a nice performance, too, as a car salesman with a soft spot for Mildred. In fact, there are no off-key performances in the whole film. McDormand, however, is the star of the show, and is a wonder to watch, encapsulating the film’s musings on love and rage and the dynamism between the two.

The film captures in a convincing way the suffocating nature of small-town America: local bars act as awkward meeting spaces for cops and the civilians they serve, and the actions of one person are soon known – and misrepresented – by others. The tensions between the locals are always present, simmering under the surface which gives McDonagh plenty of opportunity to glide between dark humour and vivid drama – a challenge to which the cast rise with great effect. The narrative ticks along nicely, punctuated by moments which, whilst not being the most plausible, nevertheless work due to the high-stakes game being played by all the characters.

Ben Davis creates some beautiful images in his cinematography, especially in the framing of the billboards which, in many ways, are a character in their own right. One vivid scene, in particular, sees the billboards flaming against the night’s sky, representing the destruction of Mildred’s hopes and her burning desire for justice. Indeed, this is one of those films which I can see becoming a staple for the student of film, offering much to be unpacked and interpreted on both a visual and narrative level. The film’s morality is refreshingly ambiguous and the ending leaves much for the audience to interpret and offer their own perspective, reflecting the characters themselves, for whom the murder of a girl and the subsequent fall-out unleashes a whole range of dark emotions.

Three Billboards Outside Ebbing, Missouri is a brilliant film, unsettling, affecting and compelling in equal measure. Its moments of violence are balanced with an engaging plot and strong emotion, culminating in McDormand’s performance which soars under McDonagh’s direction. A tour de force of film-making.