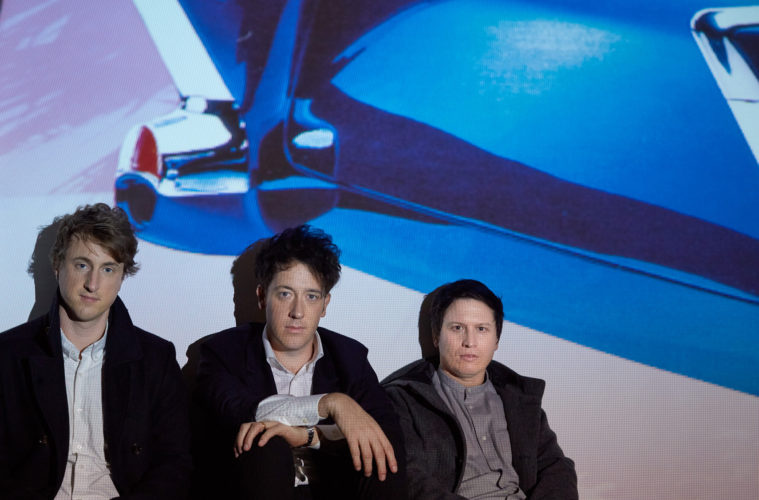 The Wombats are an English pop/rock band who’s unique blend of post-punk/synth-pop paired with quirky and honest lyrics have gained them a large following since their Debut album release in 2007. We caught up with Drummer, Dan Haggis, during the US tour and spoke about their upcoming album release and plans for 2018.

Q 1: Hey, thanks for taking your time to speak with us, how’s everything currently going with The Wombats right now?

That’s great, thanks for calling. We’re in Atlanta and we’ve got a month long tour over in the States currently and it’s going so well. After recording the album and spending so long working on the songs to finally play them live and have people singing along to the few they’ve heard so far has just been so good and really positive. There’s been a real sense of anticipation for the album coming out which is awesome for us. Touring the States is just so much fun; we’ve got friends in quite a few cities now so we’ve had a few good parties and we’re just burning the candle at both ends really.

Q 2: How would you describe the band to anyone who hasn’t heard of you yet?

Probably an unusual mix of pop, indie, singer/songwriter and kind of weird stories and twisted pop songs with a lot of energy… I’m terrible at describing so I’ll leave that to the journalists.

Q 3: How would you say your music has developed since your debut studio album ‘A Guide to Love, Loss and Desperation’?

I think for that first album we’d been playing together since we were 19 for a few years. That album was a collection of all the songs we’d made in that time and it was very much heavy bass guitar with just ridiculous youthful energy and much more on the punk side of pop I think, whereas after that we set out to make an album. It wasn’t just our favourite songs from the last few years, it’s like ‘right come on – let’s make an album’. Gradually every album we tried to explore slightly different sounding, not genres, but different synth sounds or just thickening up the sound and not just sticking to a 3-peice sort of sound. I think with this last album we’ve actually gone away from synths again and it’s more guitar based. We try and change it up a bit every time.

Q 4: Did you guys know each other be 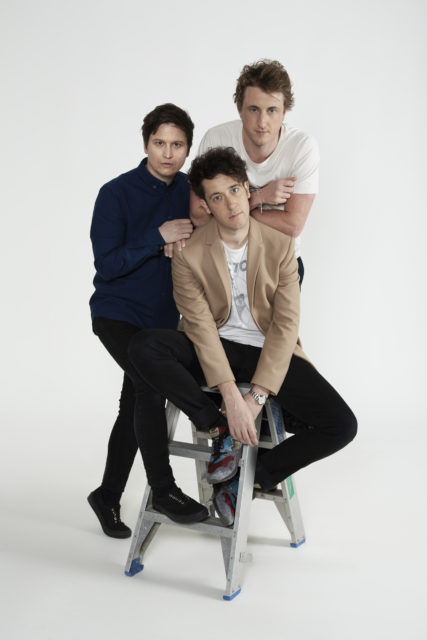 fore you formed in 2003 and is it difficult to maintain friendship within the band when working and touring together?

So I met Murph (Matthew Murphy – lead singer) in Liverpool at the music school there. We started playing acoustic stuff together and open mic nights but we were friends beforehand, but not for that long only like 4-5 months before we started doing music together. The very first time I met Tord (Tord Øverland- bassist) was in the practice room at our first ever practice so we didn’t know each other before at all and we bonded in the practice room. With touring it’s almost like a weird family of brothers; we have a different relationship than friends because we’ve spent probably more time with each other than anyone else in our lives for the last 12 years, but it’s great we all get on really well and we try not to take things to seriously and have a good laugh. I mean, of course there are moments when you’re running an almost ‘business’ like this and sometimes we have to make decisions that can be difficult, so there are a lot of moments when it’s a bit tricky. But in general I think we always try to put our friendship before the band which always does good.

Q 5: Where did you come up with the name for the latest album ‘Beautiful People Will Ruin Your Life’?

As with all the albums, we end up having a shortlist of potential album titles that feel like they could work.  And again with this one, there were a few that we liked but that one was one of the ones that everyone was like ‘woah that’s really eye catching and feels like people can read into it in different ways’ it brings out a different side to the lyrics in the album and our manager liked it. The label liked it as well as everyone around us, so basically we were like ‘yeah that feels great’. When Lucas did the artwork it all just felt like it worked really well together.

Q 6: What should fans expect from the new album?

Just the next chapter with The Wombats – development in life I guess. I think there’s some really heavy ‘riffy’ moments that I don’t think we’ve really done before and at the same time there’s some more 90s ‘Smashing Pumpkins’ and then some of the songs are much more standard Wombats stuff. But in general it feels like it’s definitely a step in a new direction and my friends and family that I’ve played it for have all thought it feels different.

Q 7: What are your favourite songs you’ve released as The Wombats since your debut album in 2006?

Q 8: What is the best gig/festival you’ve ever played and why?

Probably the best thing recently was the Sydney Opera House. We did two nights there and it was just a pinnacle moment where I don’t think any of us ever expected to play that venue.  It’s not the biggest capacity or anything but it’s just such an iconic place, just walking in there and looking at the amazing setting and seeing people stood on their chairs dancing and smiling – energy in the room was just ridiculous. It’s hard to explain but it felt like such a special moment.

Q 9: What’s the inspiration behind the debut track ‘Lemon To A Knife Fight’ on the newest album?

That was Murph having an argument with his wife which he inevitably pretty much always looses. They were driving around ‘Mulholland Drive’ in Los Angeles and the whole visual of them there with the dispute and scenery just inspired that song. I actually met two guys in Boston the other day who were in their 50s and they were like “I can totally relate to that song man, my wife is like half the size of me but she wears the trousers, I’m always the lemon to that fight, I never win any of the arguments” I think it’s a funny look at relationships.

Apart from the album we’ve got a bunch of other little shows we’re doing for this small music and venue charity/organisation (Fightback UK). They’re trying to raise awareness for a lot of these small venues, we started playing in lots of them and they’re struggling. They’re like a breeding ground for new bands to practice and refine their art and what they do. So we’re going to play a bunch of shows in some really little places. We’re looking forward to that and to getting back to our routes. We’ve also got a UK/European/Australian tour and we’re supporting ‘Weezer’ and the ‘Pixies’ next summer which is going to be our 15 year old selves’ little boy dreams in our heads going off there. We’ve got a bunch of festivals as well, although I’m not allowed to say which ones unfortunately, but a fairly busy year!

Have a listen to their newly released song ‘Cheetah Tongue‘