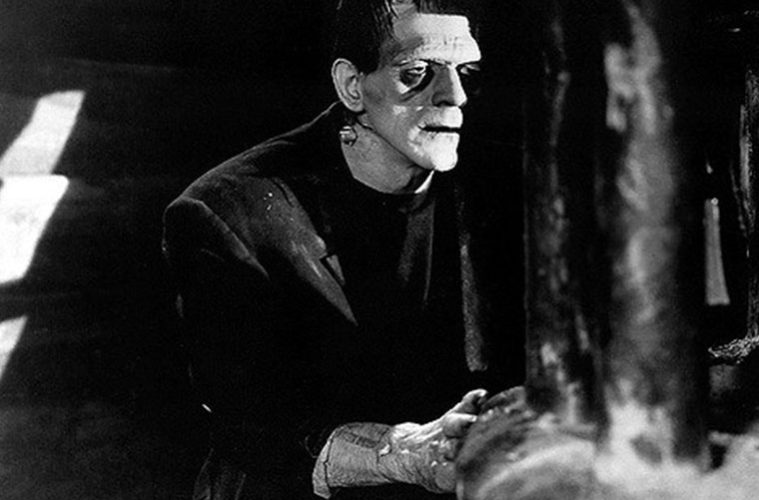 On Tim Burton and Frankenstein

If you’re anything like me, then you’ll agree when I say there is something about the Tim Burton universes existent in all of his productions that seems familiar. Whilst they don’t, for example, have so obvious a connection as with the movies of the Pixar universe, all of them exist within this dark, rather creepy yet simultaneously beautiful world. So why is that? What is going on beneath the surface of it all?

For those of you who have studied any kind of art or humanities-based subjects, you’ll know about the Gothic period from which stories such as The Castle of Otranto and Rebecca gained following. This was a period in which the tales told concentrated on the sublime (wildness of nature), supernatural and monsters, influencing texts after this time as much as they did during. The fascination with the out of place and unanswerable questions about humanity is something which prevails far into our present day, a most popular example being none other than the work of Tim Burton.

That’s right! Tim Burton is what we might describe as a neo-gothic creator in that he incorporates many other styles alongside the Gothic in his ideas.To be more specific, he returns to one very famous story over and over again; Frankenstein, by Mary Shelley. To recap quickly, Frankenstein is the story of creator Victor Frankenstein and his rejection of the living creature (who we come to know as the nameless monster) he makes. Is this ringing any bells yet? Other than Frankenweenie (where a boy brings his pet back to life using lightning and electricity, almost exactly as Victor Frankenstein does) The Corpse Bride, The Nightmare Before Christmas and the early short film Vincent are all examples of this man-made machinic creation of life with references to Shelley’s Frankenstein aplenty.

My favourite example of Burton’s use of Frankenstein is Edward Scissorhands which, whilst it gained a cult classic following during the 1990’s, seems to have petered its way somehow into the section of Christmas movie as the C.21st has progressed thus far. Edward himself is a scientific creation constructed by his ‘father’ and, whilst accepted by his maker, after his father’s death he has to deal with the rejection and alienation he faces from the people of Suburbia when he goes to live with the Boggs family. There is something so painfully beautiful in the innocence Edward symbolises; he is naive and directed by human actions, almost as a young child.

All of this brings to question the theme of Burton films: Is what we see as the monster really a monster? Or is it the case that we reject the human accountability in the story for creating a monster out of a peaceful being? As I said, it is the humans who reject and criminalise Edward, not he himself, as is also the case to an extent with the society within The Nightmare Before Christmas and certainly the instance in The Corpse Bride. Burton is continuing the legacy of Shelley and the Gothic in a creative new light, leaving us now more than ever to realise how relevant it is to comprehend that there will always be moral consequences if we do not take responsibility for the chaos we are capable of making. In summary, he forces us as watchers and listeners to question ourselves as humans and to think about to what extent humans are in fact monstrous.