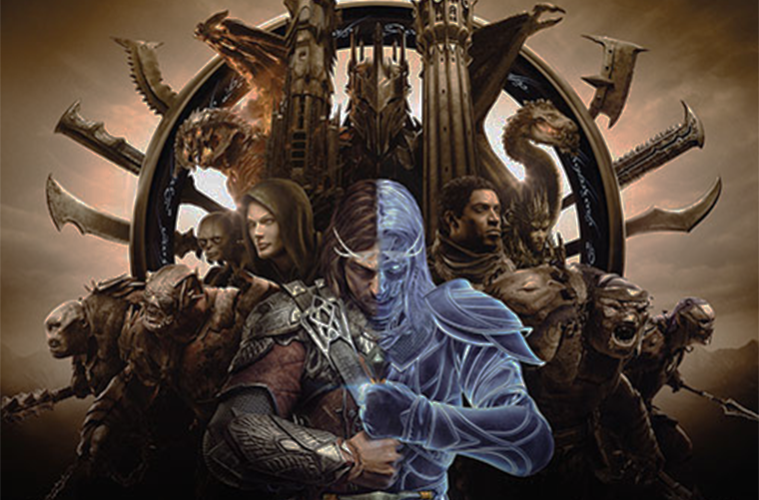 We return to Mordor almost immediately after the events of the previous game, where we recommence Talion and Celebrimbor’s story between the timeline of both The Hobbit and The Lord of the Rings. Both Ranger and Wraith are yet to force Sauron back into hiding and have constructed a new ring.

This rendition of J.R.R Tolkien’s world is a larger more expansive experience with interesting side characters who are naturally woven into unique mission types, including encounters with the Nazgul and even a Balrog. Yet one drawback for fans of the Middle Earth franchise hasn’t stayed fully loyal to Tolkien’s lore, with the choice to give the seven ring-wraiths individual backstories, or the different rendition on the Lord of the Rings characters, such as Shelob for example. Although these could be controversial changes to the characters, if you can look past this, it’s a heavily enjoyable experience all the same.

Combat is just as addictive as ever and with the new design of the skill tree, where you can add multiple augmentations to each ability, which allows you to further progress your abilities as both a Wraith and Ranger than ever before. Being able to customise your powers on the fly is an interesting one that has been done in games before, but it is even more relevant here as you’re now able to combat your opponent’s specific strengths and weaknesses.

Customisation of your character is a welcome one with several RPG elements woven in to give Talion a unique look about him. However, the legendary loot is often the best looking but not always the best choice in terms of stats which can be frustrating especially as some of these loot drops or ‘spoils of war’ are your way of remembering that one follower or nemesis that you loved or despised with a passion.

Speaking of which, enemy variety has once again been taken to new levels within the continuously mind-blowing nemesis system that was introduced in the previous Middle Earth game. Every Captain, Warchief and Overlord have a different feel both visually and in combat with the addition of tribes and enemy classes, meaning each encounter is different.

However, what is even more impressive is the size of the world that you are thrown into. Whereas the last time we were in Mordor with two regions to venture between, here there are five. From barrows and mountains to forests and wastelands, each region has enough variety and content involved to keep you exploring for hours.

Yet perhaps the most exciting and enjoyable element of these regions is the process of taking your army one on one with Sauron’s forts. Each of the five regions has a towering infestation of orcs piled into a stronghold which is ruled over by the overlord and being able to lay siege to it is as fun as it sounds.

Saying this, towards the latter third of the main storyline, this novelty is tarnished slightly as you find yourself tirelessly maintaining your forts and units through the multiple regions. This inevitably causes a problem to the pacing of the over-arching main quests as you seemingly spend time baby-sitting your units. This isn’t to say the defending element isn’t as joyful as taking part in the offensive side of the battlefield, it’s just the time-consuming repetition of it all that isn’t as tasteful.

All things considered, it is hard to doubt that Middle Earth: Shadow of War has shown that not all game studios rest on their laurels. When it comes to evolving off a previous instalment this sequel really does set the bar high with a heart-racing experience which is made personal to you with the further enhanced ‘Nemesis System’, even if it does trip over itself when it comes to creating a well-balanced and consistent storyline due to that late game grind.