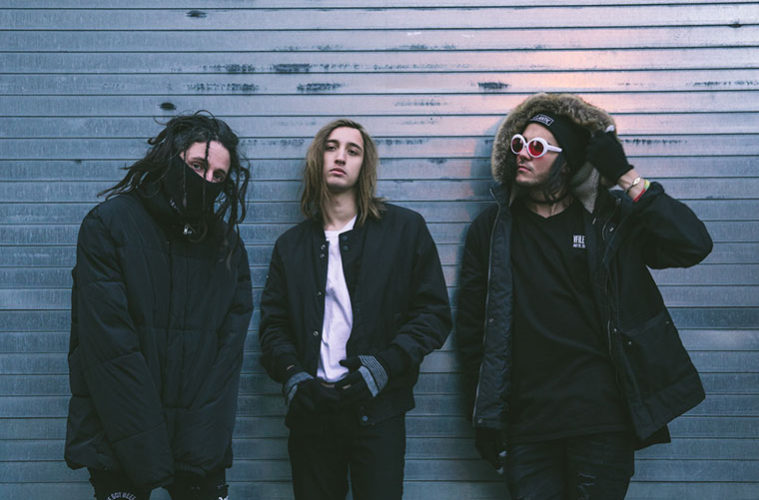 Chase Atlantic discuss 2018 plans: “Everything is going to be insane”

Chase Atlantic are an Australian trio made up of two brothers and one longtime friend. The energy and passion displayed through their music is helping them capture a large fan base. They describe themselves best as “just a couple of Aussie boys blending together multiple genres of music to create something unique”.

Q1. Hey, thanks for taking the time to speak with us. How’s everything currently with the band?

Mitchel: Everything is going very well! We have a self produced debut album out, we’re currently on tour with Lights, and we’re living our best lives. Life is good.

Q2. How would you describe Chase Atlantic and your sound to anyone who hasn’t heard of you yet?

Mitchel: We’re just a couple of Aussie boys blending together multiple genres of music to create something unique. It’s like dark pop/R&B mixed with a little rock. I definitely still have no idea how to accurately describe it, but it’s addicting I swear.

Q3. How was touring with Sleeping With Sirens?

Clinton: It was fun! Definitely an eye opener, we went into it with minimal tour experience and came out the other end alive somehow. The Sleeping With Sirens boys and team were super helpful and supportive on tour; they made it a great experience.

Q4. Is it difficult keeping a friendship between the three of you, since you spend so much time together working, on tour and creating music?

Christian: It can certainly get hard at times with all the pressure and stress which touring creates. But we understand that at times we need our personal space, so we do our best to help each other out when we can, and always be understanding when it comes to the emotional stress of touring. Making music in the studio is completely different. The MDDN studio is a very stress free and relaxing environment with our music process.

Q5. What are the band’s highlights since the start?

Christian: The Album release, I think, was a huge milestone for the band, as well as the people who have been supporting us for all these years. 2017 also was the year of our first American tour.

Q6. What’s the most exciting thing you have planned for the future?

Clinton: I don’t like planning things, especially with such a fast moving and rapidly changing lifestyle. That being said we have so many things we want to accomplish. As long as we keep working as hard as we are, almost everything we want to do will happen.

Q7. Who are your biggest heroes?

Mitchel: We have a few people who we truly look up to, musically we’re talking about the greats such as David Bowie, Prince etc.

Q8. Are you guys heading to the UK for gigs or anything else soon?

Mitchel: I think we’ll be heading to the UK very soon, but I’m not sure I can tell you why just yet.

Q9. When should fans be expecting any new music from Chase Atlantic?

Christian: We are constantly working on new music on the road, and whenever we get downtime in LA. So don’t be surprised if we hit you with a few more records in the near future.

Q10. What would each one of you be doing if you hadn’t formed the band?

Mitchel: Being li’l sad boys back in Australia. I think I’d aspire to be a farmer of some sort, but that’s just me. Something about the simple life just seems so nice.

Clinton: Probably crying. For real though, I’d be interested in business, architecture or something in visual design. That being said I think I would always lean back towards the music industry.

Christian: Mitchel would be a farmer. Clinton, a swimmer or a graphic designer. I’d probably be trying my luck at Cricket, or a sailor.

Q11. What has been Chase Atlantic’s most embarrassing moment?

Mitchel: 2018 is our year. I’m calling it now. 2017 was an amazing one for us, but we have so much more planned for this year. The music, the shows, the content; everything is going to be insane.