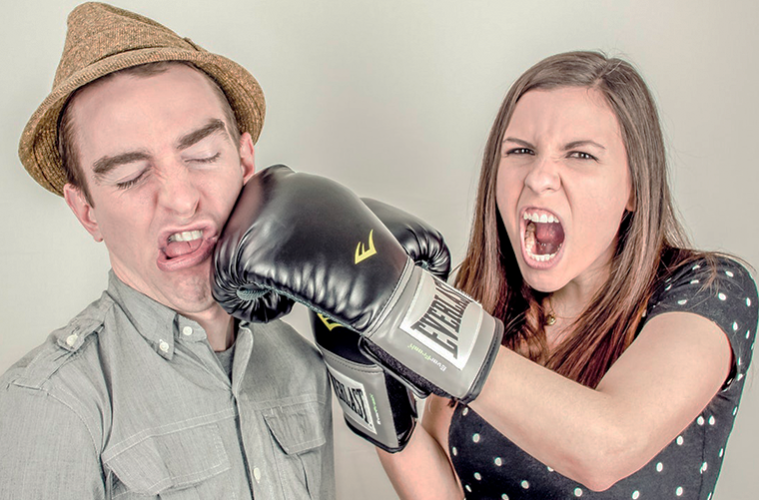 Rules For Arguing in a Relationship

Arguing is a perfectly natural occurrence in any relationship – it might seem frustrating and upsetting fighting with a loved one, but in reality, it’s a vital part of communicating with your partner. Some couples argue more than others, and there is no such thing as “too much” arguing as long as it is justified and handled efficiently and maturely.

A relationship is between two people, when you start putting on a show infront of others, not only does it become awkward for them, but it’s a seriously unhealthy way of dealing with a disagreement. Keep things private, and don’t unintentionally lead people into thinking you are in an unstable relationship.

Keep calm, and discuss the issue with them when you are next in private.

Going to bed alone feeling angry and hurt is going to result in both of you getting little sleep and stewing over your feelings towards eachother. One of the worst mistakes you can make is going to bed angry AND in separate beds – avoiding the issue and “making a point” by ignoring them won’t solve anything quickly. If you are lucky enough to get some sleep, you’ll only wake up to remember you’re still in the middle of an argument, and being tired and grumpy is not a good state to deal with it.

So, even if it means staying up late, never leave the argument open for the next day. Settle things first.

The biggest mistake I used to make growing up was running to my mum every time I had a minor falling out with my partner; I used to tell her how much they were upsetting me, how inconsiderate they could be, and that I really hated them sometimes… Unfortunately, this was the only time I really ever spoke about my partner to my mum, leaving her with the impression I was in a completely miserable relationship with someone who didn’t care about me. In reality, we were happy 90% of the time – but the people I vented to were not aware of this!

At the end of the day, an argument is between you and your partner, bringing others into the mix only makes the situation messier. Keep a clear head, and work it out together without the input of other people.

We’ve all been there, it’s late in the evening, you’d had one too many drinks, and your drunken mind is telling you to start beef with your partner for no reason. A drunken mind definitely does NOT speak hidden truths – it just makes you speak utter crap (most of the time). You can’t expect to have a mature and relevant debate with your partner if you can barely string a sentence together and alcohol consumption sparks rage inside of you.

If you know alcohol triggers arguments between the two of you, then your best option is to simply stop drinking so much, and know your limit.

Remember, you’re on the same team

At the end of the day, you’re meant to be working together, not against. You’re with eachother because you can see potential and a future. Arguing is healthy if done maturely; it’s a way of communicating your feelings, but throwing around insults and emotionally hurting eachother out of anger is a recipe for disaster.

Talk, don’t shout. Discuss, don’t fight. And hold hands while doing so – it’s a great to keep you both feeling calm and connected throughout.

Looking for more relationship advice or information? Find out if you’re Dating a Narcissist!