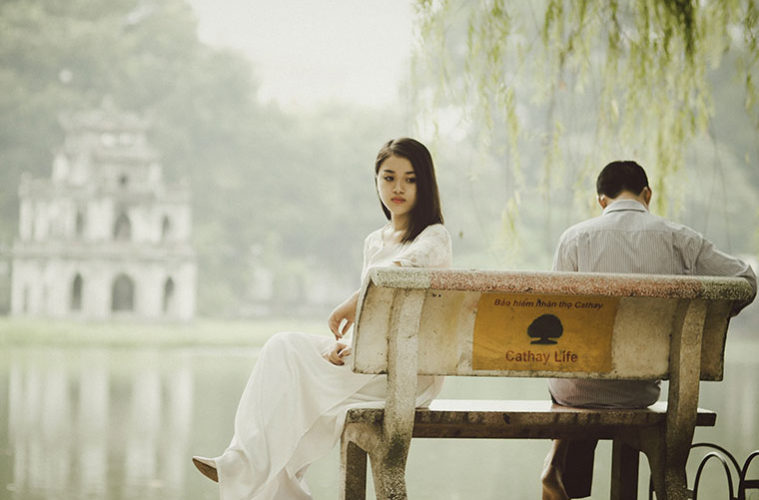 How to ‘Ghost’ nicely

‘Ghosting’ is defined in the Urban Dictionary as ‘The act of suddenly ceasing all communication with someone you are dating, but no longer wish to date.’  I think it’s fair to say that we have all been in a ghosting situation, whether we have either been the ghost, the person who magically disappeared from the face of the earth, or we have been ghosted, completely ignored for no reason, to the point that we think that the person must have died because that last date was amazing, wasn’t it? Or possibly you have been both, the ghost and the ‘ghostee’. Either way, it’s not a pleasant experience, despite what people may think.


As a person who has ‘ghosted’, I can say it isn’t a great feeling, there’s nothing great about making someone feel insecure. If anything, it sucks even more because you know that the person was probably a genuinely nice person, but for one reason or another, not the right one for you. So where does that leave you? Feeling terrible and waiting for karma to get you for hurting someone’s feelings, which wasn’t your intention in the first place. But there are a few ways to be kind to someone without actually pursuing anything further than friendship.

One way to ghost without insulting the person is to provide an excuse, such as ‘My phone is broken’, ‘I don’t have any data/credit to reply’ or the classic ‘I lost my phone’ (for five days). These aren’t ideal however, it provides a reason to the ‘ghostee’ as to why you weren’t responding instead of them thinking the worst – even if it isn’t true, it’s nicer than ignoring them completely.

Or you could explain that although you like them as a friend or you think they are really nice, you just aren’t ready to take things further with them or anyone for that matter – this may be a lie, but it won’t make the other person feel devalued; it just explains that you don’t want to lead them or anyone else on and that the problem isn’t necessarily them, it’s you.

However, the subtle but the not so cutthroat approach to ghosting is the slowly fading away, instead of replying every twenty minutes, slowly increase the time period in which you reply. So possibly reply every hour, then slowly every other hour until they realise you are either too busy or not interested. This is not a guaranteed way to not hurt someone’s feelings, but it is the more gentle way of ghosting. In fact, after doing it, the guy text me saying that me not replying shows I wasn’t that interested but that it was okay. The gentle ghosting provides a period of thought and allows them to realise you aren’t so keen anymore.

However, nothing can beat being honest. Even though they may not like the way you feel towards them, it’s the truth and eventually, they will realise your intentions weren’t to be mean. In fact, being honest is the nicest thing you can do; it’s letting them down nicely so they could move on to someone who feels the same way towards them. But whatever way you approach to ending either a relationship or someone you were just ‘seeing’ or dating, it isn’t going to be nice and it eventually will happen to all of us, so just be considerate.