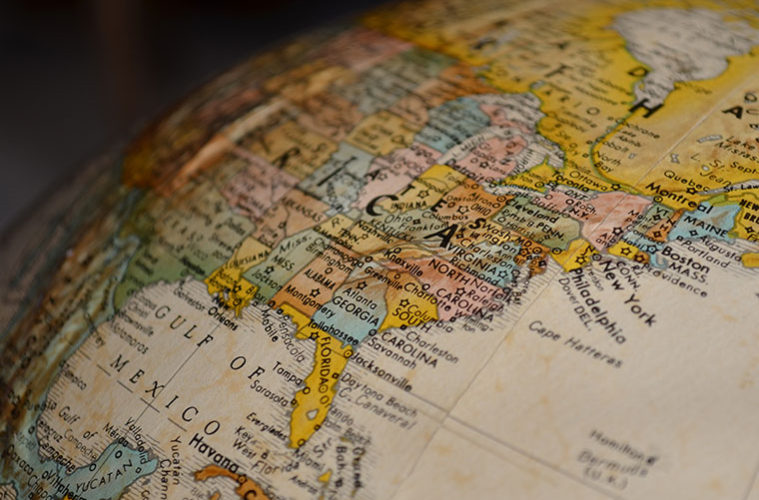 Across the world, there are rich countries and poor countries, democracies, and dictatorships, and countries beset with natural disasters.  Each one is separate unless they are part of something like the European Union, which Britain is in the process of pulling out of, or the African Union, which is attempting to improve the lives of everyone that lives in Africa. What would happen if the governments of all countries came together and agreed on the laws we would all live by – would this help to improve the human rights issues that occur around the globe?

There are more than 20 unions of countries worldwide, some more successful than others. The European Union (EU) is the largest with over 500 million people living within it. The EU has its own laws, currency, parliament, and open borders between the member countries.

The African Union, of which all 55 African states are members, is also looking for something similar, but their aims go further.  They want to secure democracy across all of Africa and want human rights observed for everyone living on the continent. A study from SOAS University shows that the two go hand in hand; the more democratic a country is, the more rights their citizens have, which is very obvious in the LGBT community. With roughly only a quarter of African states already being democracies, the African Union still has much work to do towards its goals.

Using these two unions as examples, they have both achieved a great deal for their member states. The African Union has done much for human rights of children and the LGBT community, and they are striving to continue with this work.

As two of the groups most likely to suffer intimidation, exploitation, and abuse of human rights, children and gay people are at the forefront of equality initiatives across the world, and this is even more so in Africa, Asia, and the Middle East.

Do Existing Unions Show The Way To A Global Government?

It is hard to say if any of the existing unions could be a role model for a global government, although the one thing that is clear is that when countries join forces for common aims, conflict and wars tend to decrease. There are no doubt good and bad points from all the unions, and it would be up to the 196 countries across the world to decide which ones best suited a government that would rule the earth.

Where Does The Idea Go From Here?

The idea of a global government gets very mixed reactions. Some can see the advantages, but others are concerned about there being such a powerful entity. It could be that it starts out by having global agreements in certain areas. It could well be that industries such as telecommunications or logistics are among the first to become truly worldwide, and as governments see them being successful, they may then move onto other things that will eventually result in one huge government for us all.