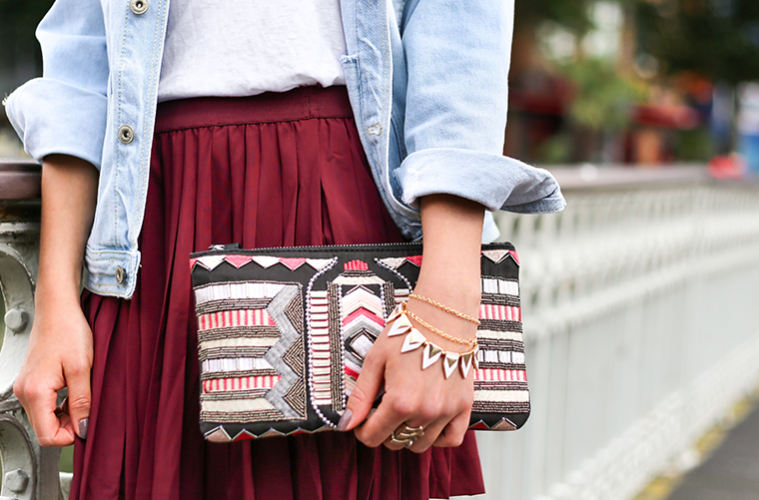 Lipstick, keys, and phone? Not a chance, more like forgotten food, a sticky lip balm, and an old Nokia mobile phone… Stay away from a woman’s handbag.

Ladies can be busy creatures. For some reason, they don’t even have time to stop and eat, hence the half eaten Mars bar squashed at the bottom of the bag. Will she continue eating it later? Probably.

Every woman carries powder foundation with them. Unfortunately, it usually breaks inside the bag and crumbles everywhere. Thanks to this, everything else will be covered in the stuff! It’s just an absolute mess in there…

Why? Because women don’t empty their handbags. They’re full of rubbish and sweets which are probably at least two years out of date. She’ll catch a glimpse of the gum rolling around at the bottom of her Mary Poppins bag, and get excited thinking it’s the gum she bought last week – until she puts it in her mouth… Gross.

It’s been rattling around in there since that festival she went to four years ago. She still uses it and it works just fine. However, the consistency is now rather gloopy, and there’s unexplainable grit in it which feels horrible when rubbed between your hands.

The only time she’ll use these plasters is for the blisters on the back of her ankles during a heavy night out. The rest are for the other people who fall over that night. Some of those plasters are probably seven years old, but I’m sure they’ll be fine to use…

A variety of painkillers

Cramps and headaches can strike at any time! A girl has to be prepared, and it doesn’t matter that those pills are out of date and rolling around individually at the bottom of the bag. However, she usually ends up giving painkillers to other people rather than taking them herself.

They’re probably squished and smell a little funny, but a woman will never fail you if you’re suffering from a stuffy nose. Tissues are an essential for any woman’s handbag, even though they’re most often used to mop up spilt wine on nights out.