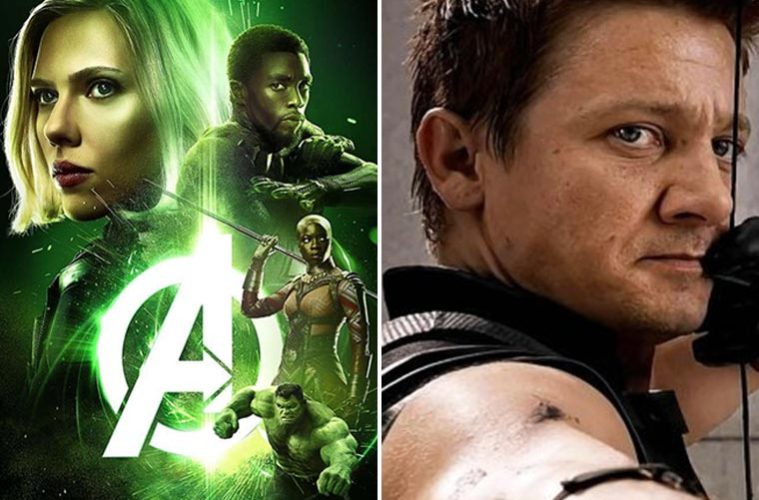 Marvel released the new character posters for Avengers: Infinity War and they are bringing fans’ attention to the infinity stones, but one colour is missing…

An entire universe. Once and for all. @Avengers #InfinityWar in theaters April 27th. pic.twitter.com/RPl0cmiIbR

The supersized cast of the highly anticipated Infinity War film have been split apart into five exciting new posters, each one displaying Earth’s Mightiest Heroes (plus the stars from Guardians of the Galaxy). The characters each pose next to the Avengers logo which is highlighted with the colour of the appropriate Infinity Stone – but one is missing… The Soul Stone.

In the first poster, we see Iron Man, Wong, Doctor Strange, and Spider-Man – the heroes who hail from New York City and venture to Thanos’ home planet of Titan. During the battle of Wakanda, Black Widow, Okoye, Hulk, and Black Panther will find themselves fighting side-by-side. Bucky and Captain America will also fight alongside each other in the battle. The Guardians of the Galaxy are more than likely to be seen in outer space. Thanos will take interest in Vision’s Mind Stone meaning War Machine, Falcon, and Scarlet Witch will need to keep him safe… And a little sneak peek shows Thor encountering a character from Guardians of the Galaxy for the very first time.

Despite five posters being released, it seems that fans are a little disappointed (but not surprised) that Hawkeye hasn’t been featured on any of them.

I can relate to Hawkeye because I too can never relax, love dogs, and haven't been on an Infinity War poster.

— Sheilah Villari Was The Inspiration for Bad Janet (@KittinExploits) March 26, 2018

lmao imagine if hawkeye actually had the soul stone

The film is expected to open April 27th.