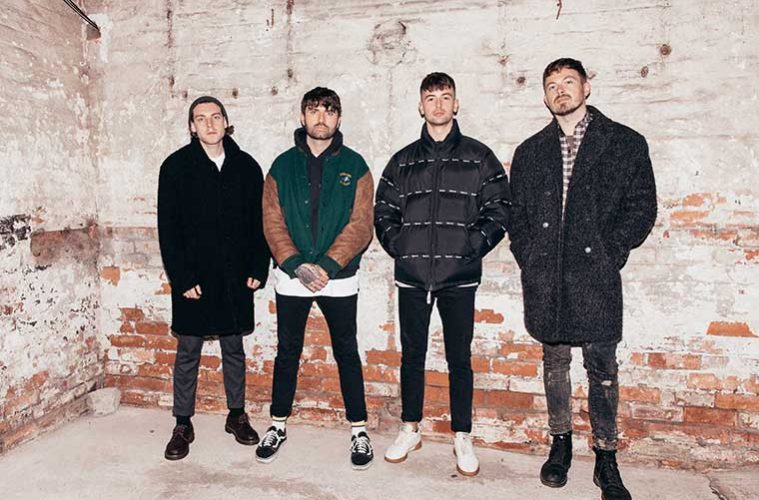 Lower Than Atlantis talk influences and their upcoming music

Rock band Lower Than Atlantis have been making waves in the British rock scene since 2007. However, their most recent 2 album releases have really been what’s rewarded them with such great success as sell out tours and headlining Brixton. We had a chat with the band about their journey, achievements and advice for others wanting to take the same path.

Q1. For those who don’t know Lower Than Atlantis yet, how would you explain your sound?

To make it simple for people who don’t know us, I’m gonna say ‘rock music’. But I heard someone call us ‘grunge-pop’ once, so I guess they can have that too.

Q2. If you hadn’t have taken the musical route, what do you think you would all be doing now?

I have absolutely no idea. All I know is it would have to be creative and be on my own time.

Q3. Is it important to you to send a message to your fans via music?

Yeah, definitely. If the music has no message it’s not really much use to anyone. I don’t think the band has one specific message, but music as escapism is a big one for us, and using music as an outlet for whatever positive or negative thing you need it for.

Q4. What’s your ultimate aim as a band?

I honestly don’t think any of us ever thought that we would get to this point, but headlining Brixton was definitely a big one for us. Anything which happens from here on out is just a bonus.

Q5. Do you have any advice for aspiring bands out there?

Harness your craft and put in the hours. Once you’re genuinely confident with what you are doing, just get out into the world and do your thing. Have your wits about you and work it out for yourself. It’ll take longer, but you’ll appreciate it a whole lot more when you get to wherever it is you’re going.

Q6. When you’re not in the studio, what music do you listen to?

Everything. I have one policy when listening to music: do I like it – yes or no? I try to let nothing else come into it.

Q7. Who inspires you?

Musically, when we started out, we wanted to be like the foo fighters. Tastes change and evolve as you grow up, but they are obviously still an amazing band and a massive influence.

Q8. If you could choose to collaborate with another artist, who would it be?

Definitely someone completely out of our box. I don’t think collaborating with an artist of a similar style of music would be that exciting for us, without wanting to sound too negative. It would have to be something people completely wouldn’t expect…

Q9. What has been your favourite tour or gig?

When we headlined Brixton Academy, for sure. It was a massive benchmark for us as a band.

Q10. How was the reaction to your latest album ‘Safe and Sound’?

I think people really got what we were doing from ‘Work for It’, the first track we put out at the start of the campaign. That’s never really happened to us before so I’m gonna take that as a positive!

Q11. How would you say the band’s music and your lifestyles have changed since you first started out?

I guess it’s just the same as anyone doing any kind of job for a long time: you learn from mistakes.

Q12. Do you have plans for new music any time soon?

We are working on a new track as we speak…

Q13. What are your plans for the remainder of 2018 after the April/May tour?

Q14. And, finally, is it ever difficult spending so much time on tour?

It definitely gets harder as you get older – and you miss people at home – but you’ve got to take the rough with the smooth and just remember that you have an amazing job. Who wouldn’t want to play music, travel the world and get paid for it?