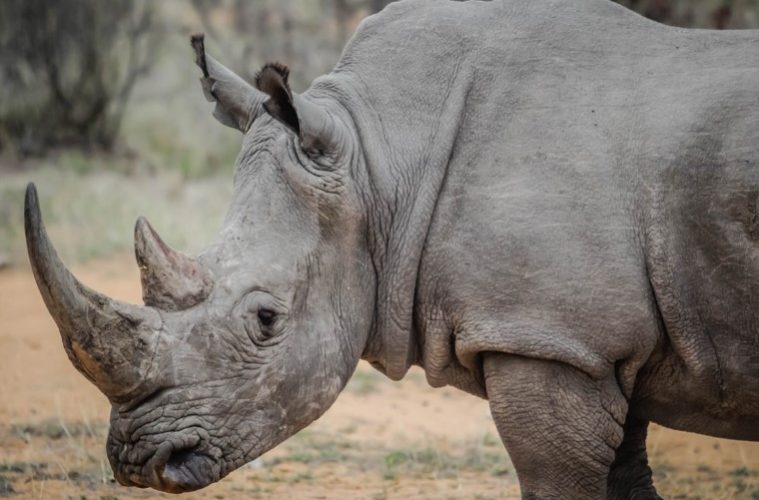 It has been confirmed that white rhinos have just been pushed to the very brink of extinction. Earlier, a Kenyan wildlife sanctuary announced that their last male white rhino, Sudan, passed away aged 45.

Sudan was being treated for numerous age-related health issues and infections but eventually lost the battle. Yesterday, March 29th 2018, he died leaving just two female white rhinos on the planet; his daughter Najin, and her daughter, Fatu. As a result of human greed and irresponsibility, one of the most iconic species in the world is on the verge of extinction leaving them critically endangered – it’s far from a bright future for the world’s remaining white rhinos.

Sudan was being treated for age-related complications that led to degenerative changes in muscles and bones combined with extensive skin wounds. His condition worsened significantly in the last 24 hours; he was unable to stand up and was suffering a great deal.

In vast numbers, northern white rhinos roamed East and Central Africa, but as a result of poaching, conflict, and habitat destruction – the numbers were eliminated. The rhinos came in from Dvur Kralove Zoo in the Czech Republic in 2009 where all attempts at breeding failed. A more natural environment could have stimulated more successful breeding, but all attempts were futile.

Additionally, his genetic material was collected yesterday and provides a hope for future attempts at reproduction of northern white rhinos through advanced cellular technologies.

Sudan’s daughter and grandchild are both thankfully in good health, and plans to extend the family are in place using top-of-the-range reproductive technology. Hopefully, there is a chance that we could save this incredible species from disappearing in the coming years.

During his final years, Sudan came back to Africa and stole the heart of many with his dignity and strength.