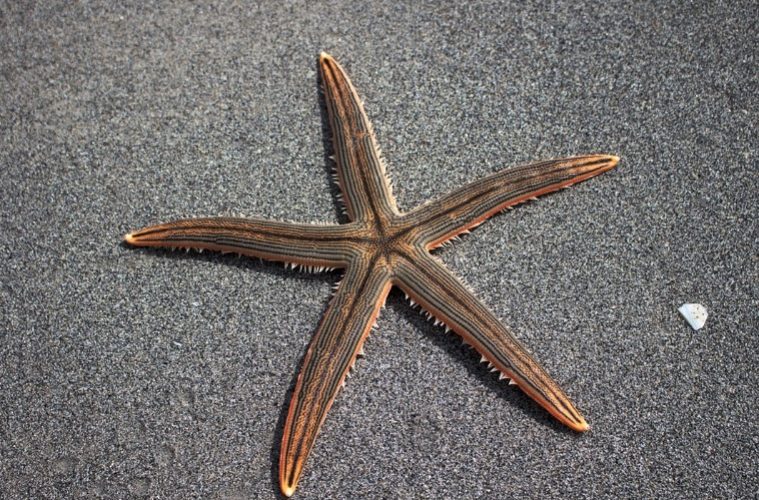 After the Beast From The East’s heavy snowfall, and the gale force winds brought by Storm Emma, it’s safe to say the UK has recently endured its fair share of treacherous weather. But we weren’t the only ones faced with the consequences; the storm left thousands of starfish, lobsters, seals and other sea life creatures dead on English beaches.

Beachgoers were unpleasantly surprised when they were confronted with thousands of dead sea creatures that had washed up on shores during the gale force winds and extremely high tides from Storm Emma. Many visitors came and filled up their buckets with starfish and live lobsters with the hope of releasing the one’s still alive back into ocean. Some of the sea life was piled into the back of trucks as local workers and fisherman did their best to clean up the carnage.

Incredible images John. I’ve seen the significant impact on the corals & sea life around the world during last 30 years, but I’d not realised the impact of the sudden temperature change on our own beaches

Unfortunately, many were corpses – between 80 and 90 percent of the creatures were dead. The shoreline was littered with bodies, particularly starfish, and this isn’t the first time this has happened; in the last 30 years, scenarios like this have cropped up at least three times which means this probably won’t be the last. Just 7 years ago in 2011, storms washed over 40,000 sea life creatures onto our shores.

In Kent, starfish smothered the shorelines – it is thought that the sudden drop in sea temperatures from the Beast From The East is what initially killed the creatures; high tides and strong currents alone wouldn’t normally kill starfish.

Sudden drop in temperature caused invertebrate die off at our local beach. pic.twitter.com/YCmNXbid7n

Should we be worried?

While starfish strandings of this size are unusual – strandings do happen almost every year. And as upsetting as the scenario is, it’s not typically a course for huge concern as of yet. Starfish found on British coasts are currently in abundance, and reproduce very quickly. Seabed creatures are more at risk of being beached, particularly during storms, high tides, and freezing sea temperatures. It is a sad sight that many of us will encounter at least once in our lives.