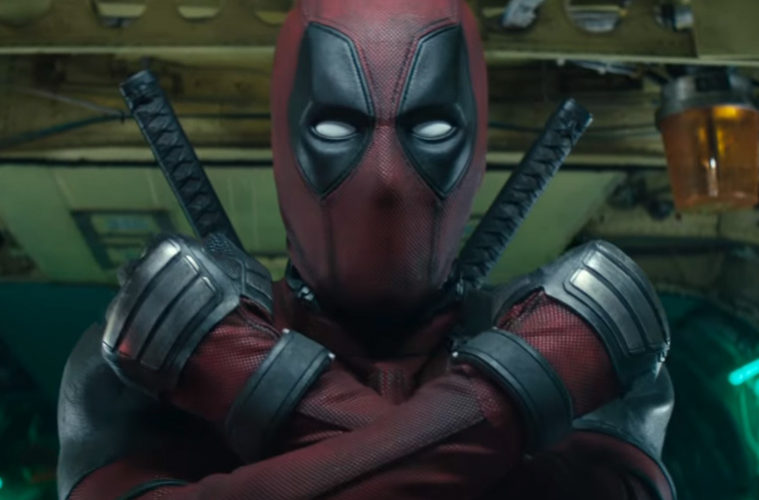 New Movies 2018 Coming Soon to a Cinema Near You…

We’ve made it through winter (finally!) and with longer days and warmer temperatures come a whole host of big screen releases to tempt you into the cinema. Here are just a few of the big films set to appear on a screen near you over the coming months…

Highly-anticipated (as, indeed, all Marvel films are), Avengers: Infinity War is released at the end of this month and promises to be a vibrant and chaotic cinematic experience. With over 60 characters in the film, as well as the usual suspects in the form of Iron Man, Thor, Captain America, the Hulk, Black Widow, Black Panther, Loki, Dr Strange and Spider-Man, Infinity War is set two years after the events of Captain America: Civil War and sees the Avengers join forces with the Guardians of the Galaxy to stop the evil Thanos (played by Josh Brolin) from destroying half of the universe.

Sticking with the superhero theme, Ryan Reynolds returns as the wise-cracking mercenary Wade Wilson, opposite Josh Brolin (again!) as the time-travelling cybernetic soldier Cable. Expect as many self-aware jokes and as much violence as the previous instalment, and the film is predicted to take over $100 million on its opening weekend. Sadly, a stunt woman was killed on-set during the making of the film, highlighting the very real dangers of making action films, even with advances in CGI techniques.

On Chesil Beach 18th May

The story of a newly-married couple whose relationship is rocked after struggling to consummate their marriage on their honeymoon in Dorset, On Chesil Beach is based on the book by Ian McEwan and stars everyone’s favourite Irish actress Saoirse Ronan opposite Billy Howle, most recently seen in Dunkirk. The film has, thus far, received positive critical reviews, with The Economist praising McEwan for deviating from his original story in order to enhance the screenplay.

Inter-galactic box office figures are a given for this Star Wars spin-off film, centred on a young Hans Solo (played by Alden Ehrenreich) and his adventures with Chewbacca. Featuring an impressive supporting cast including Woody Harrelson, Thandie Newton, Donald Glover, Emilia Clarke and Paul Bettany, the film is directed by Ron Howard. He replaced original directors Christopher Miller and Phil Lord after “creative differences” resulted in their leaving with only three weeks left of principal photography. Rumours suggest that Howard re-shot 80% of the movie – quite an undertaking!

Staying with the sci-fi theme, the dinosaurs are back. Having seemingly not learnt the lessons from the previous films, Claire Dearing (played by Bryce Dallas Howard – Ron’s daughter btw!) returns to the theme park where a volcanic eruption threatens to wipe out the dinosaurs who have been left to roam free after the events of Jurassic World. Of course, things don’t go to plan, but fans will love seeing Jeff Goldblum return, even if his role is more of a cameo.

The sequel to 2015’s Sicario (which featured THE most tense traffic jam you have ever seen in your life, as well as a superb performance from Emily Blunt), Sicario: Day of the Soldado is the third film in this list to feature Josh Brolin, this time as CIA agent Matt Graver doing battle with Mexican drug cartels who are smuggling jihadi terrorists across the US border. It’s up to Brolin and undercover agent Alejandro Gillick (played by Benicio del Toro) to bring them to justice and settle some old scores along the way. Here’s hoping for another traffic jam!

Also released: Winning the Oscar for strangest film title, The Guernsey Literary and Potato Peel Pie Society is released on 20th April and follows a writer (played by Downton Abbey’s Lily James) who, after visiting Guernsey in the aftermath of its occupation during WWII, decides to write a book based on the island’s wartime experiences. Entebbe (11th May) is based on the real-life events of 1976 which saw an Air France plane being hijacked by two Palestinian and two German terrorists. The animated film Sherlock Gnomes hits screens on 11th May, although its appeal may be limited to children as the film currently has an 18% rating on Rotten Tomatoes, which summarised it as “utterly stumped by the mystery of the reason for its own existence”. Ouch. Ocean’s 8 is out on 22nd June and promises to be much like Ocean’s Eleven but with an all-female gang of criminals, headed by Sandra Bullock as Danny Ocean’s estranged sister.