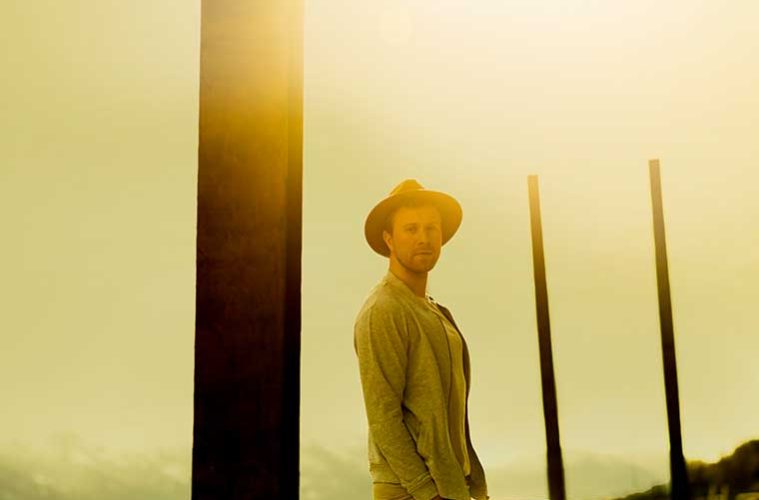 Aleks Grey is the next big thing in the young singer/songwriter world. The Norwegian singer’s ambition and hard work has made him an artist to watch out for in the upcoming years. He’s recently teamed up with a Norwegian record label and released his latest single ‘Let Go’, which is rapidly receiving attention all around the world due to its unique and catchy sound. We caught up with Aleks Grey to discuss the writing process for ‘Let Go’, and how he plans to rise up through the ranks to reach his musical dream…

Q1. We’re really loving your new track ‘Let Go’! What is the meaning behind the song for you?

It’s about letting go of something good in order to obtain something better.

Q2. How was the writing process for ‘Let Go’?

It started out as a ballad, really. I remember writing the first draft in like 5-10 minutes. I came up with the guitar riff, then I got the verse and chorus. I wrote this over a year ago, in march 2017. Then I showed the track to a producer duo at Whiteroom Studios in Oslo, Norway. They liked it, but they also got a Chainsmokers-vibe from it, so I re-wrote it a bit, and brought it to our first session at the end of summer 2017. We went back and forth with the structure for a while; we ended up re-writing the verses, we wrote a new chorus and used the existing chorus as a pre-chorus. The whole production of it changed – it’s not a ballad anymore, but more of an anthemic pop track. 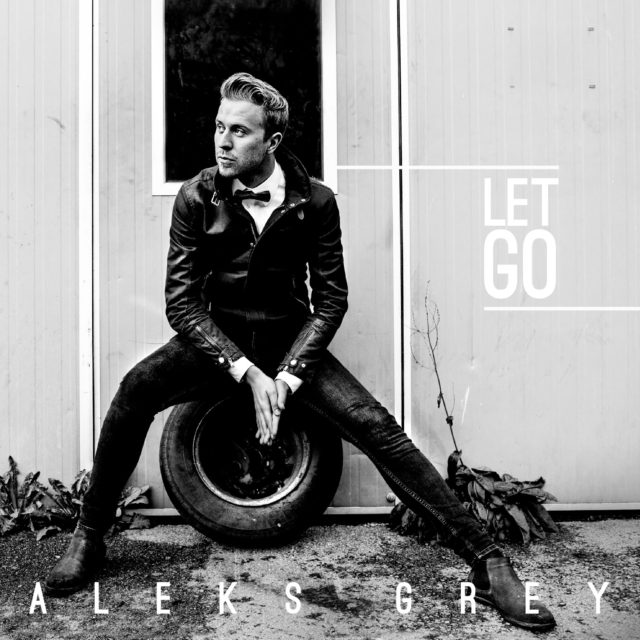 Q3. Do you have any more music planned for the near future?

Yes. At the beginning of this year, after I finished the production of ‘Let Go’ with producers Viljar Losnegård and Sivert Hagtvet at Whiteroom, we started working on a new track. So I’ve already got the next single lined up; I’m constantly writing and producing new music. So there’s definitely more music coming in 2018!

It’s been so exciting so far! In January I received an award and a grant for £5,000, and at the same time my new single ‘Let Go’ got listed on Norwegian radio. In February I finished my second single, as well as signing a deal with Toothfairy Label here in Oslo. At the beginning of march I played my second ever gig in Oslo, and ‘Let Go’ got its first play on BBC Radio Merseyside. I’m currently really excited for this single release, my first since November 2015. My plans for 2018 are to create more music, and to play more live shows – and hopefully I’ll be back in the UK soon!

Aleks Grey previously performed live for our YouTube channel in 2015

I aim to be a full time musician. At the moment I have to do some part-time work in order to pay rent and bills, but my first goal now is to be able to get a sustainable income from music, so I can be an artist full time. I aim to be as passionate about music in two years as I am now, and I hope to do more of what I do now, and play bigger venues in front of bigger crowds. I hope that my music finds its way into peoples playlists and to radio stations. Not a very original answer, I know, I guess all artists and bands share the same dreams and aspirations… And if I’m still in Oslo, or elsewhere, that doesn’t really matter to me, as long as I get to do what I love and I’m still in touch with the people I care about.

Q6. How would you say your music and lifestyle have changed since you first started out?

I think my music has changed more than my lifestyle. I’ve loved to perform and play instruments since I was 4 years old, so music has always been a big part of my life. But when I first started to think that this is something I wanted to do for a living, I was 15-16 years old, and started to play in a band with some friends. We were very inspired by Foo Fighters and Pearl Jam. But when I started my solo project in 2013, it was more folk/pop/indie, that kind of vibe. And now, five years later, it’s much more clean pop, with inspiration from EDM. It’s big and heavy; anthemic. But of course, I’m much more dedicated now than I was ten years ago. Everything I do now is in order to reach a goal and to aspire as a musician. I try to work hard and stay focused, so I’m not much of a party animal – never been to Aya Napa or Ibiza with my mates, I’ve always been caught up in the studio or playing gigs.

Q7. Any advice for aspiring musicians? 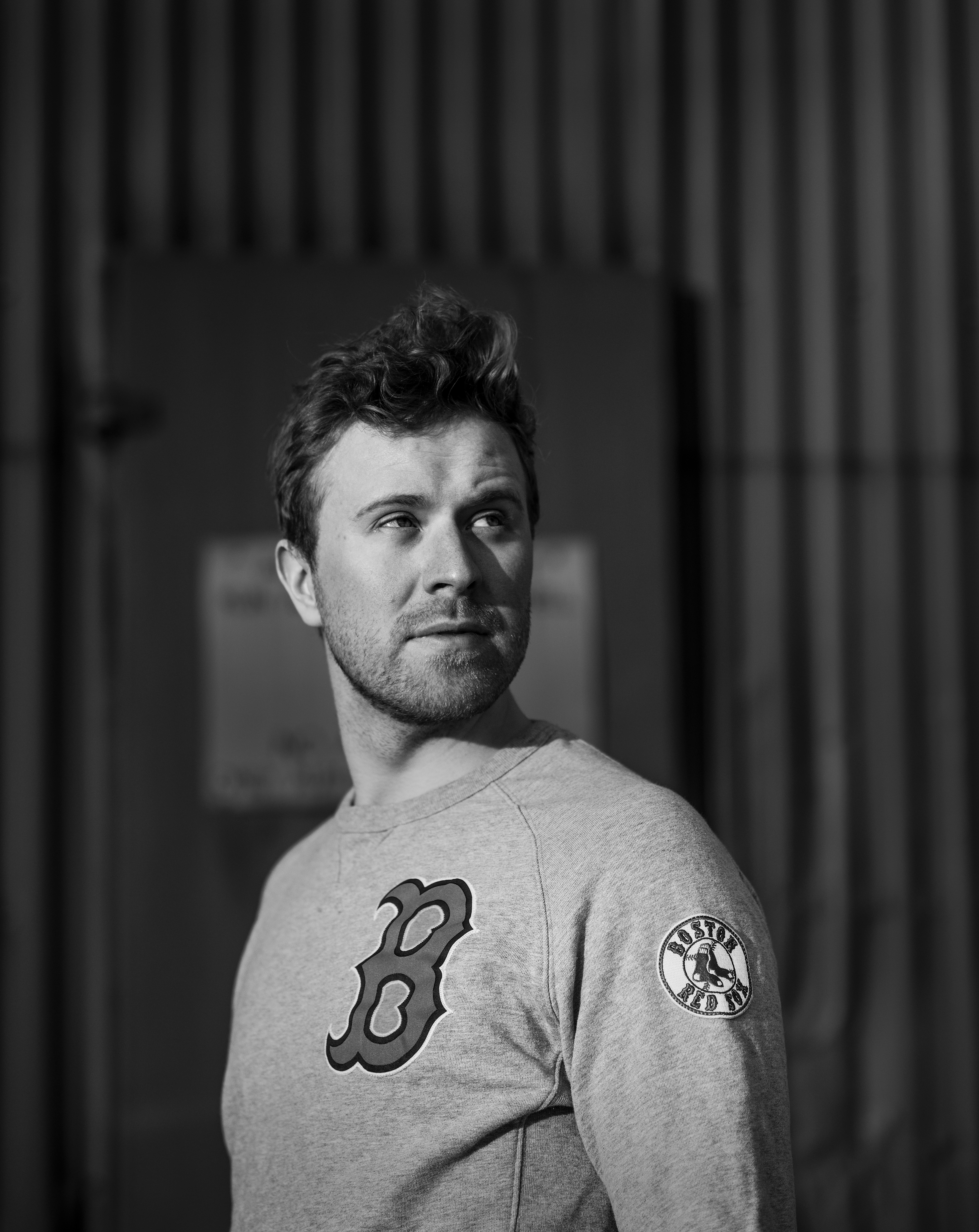 I strongly believe that if you don’t give up, you can’t fail. I’ve always said to myself and others: every day that I don’t give up, someone else will, and then I’m one step closer. You have to want it, you can’t have a plan B. Of course, live your life, party and do things like that, but you have to make your dream your number one priority. Engage with people, find out who you need to know, and start small. If you have a song you believe in, make a demo, and start approaching local festivals, venues, local radio stations, and build on that.

Q8. What’s your favourite thing about living in Norway?

Not the snow, I’ll tell you that much! That might be the thing I miss the most about my three years living in Liverpool: no snow! I was born and raised in Norway, so of course I have a lot of friends and family here, and my girlfriend. I love Oslo, and especially Grünerløkka, which is the area I live in. The music scene in Norway is amazing these days! We have Sigrid (BBC artist 2017), Dagny, Aurora, Kygo, Astrid S, Alan Walker and so on. A ton of great tunes are coming out of Norway these days. And like every Norwegian I love skiing, hiking and going on road trips along the coast.

Q9. If you hadn’t have taken the musical route what would you be doing now?

I’d probably try to become the real life Indiana Jones; I love history, archeology, mysteries and treasures. I’d also like to be a pilot, but not sure how that would work out, as I’m terrified of heights and I don’t like flying…

Q10. What’s your ultimate goal as a musician?

I know I’m going to write music for as long as I live; I have that need and urge to write. I’d go mad if I weren’t allowed to do it anymore. My ultimate goal would be to do it for the rest of my life, as a living. I don’t care if I’m super famous or if I only play small venues, as long as I can do it for a living, and hopefully get to travel the world (just not by plane – I love trains tough, me and Sheldon Cooper). If I got the chance to be as big as Coldplay or One Republic, I wouldn’t say no though…

Q11. Who are you inspirations?

Coldplay and One Republic, for sure. Growing up I didn’t really have any favorite artists or bands, I’m also the oldest sibling so I didn’t have any influences there, and my parents listened to Gypsy Kings and Katie Melua. But I remember the ‘Native’ album from One Republic; such an amazing album and really inspiring. Same goes for Coldplay’s ‘Mylo Xyloto’. Also, love Justin Timberlake (what is he made of?) and John Mayer. I find a lot of inspiration in music, of course, but mostly in everyday life. I can be inspired by my friends or girlfriend, or I can watch an episode of ‘Friends’ and get an idea.

Q12. If you could choose to collaborate with another artist, who would it be?

Ryan Tedder from One Republic, or Chris Martin.