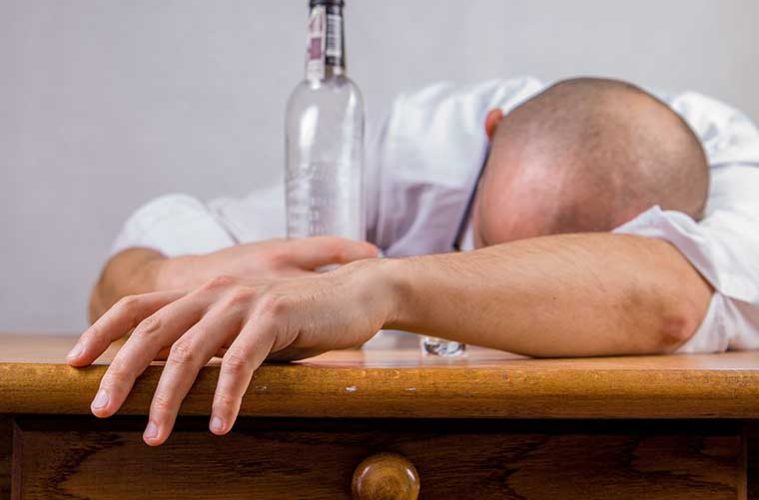 Does Friday night define the end of your working week or the beginning of your party weekend? Or both?

Drinkaware is an independent charity working to reduce alcohol misuse and harm in the UK. They want people to make better choices about drinking – and that’s not whether the fancy-named cocktail is a nicer drink than the pint.

There’s usually some debate going on about appropriate alcohol consumption but the UK Chief Medical Officer’s guidelines for low risk recommend 14 units a week for both men and women. It also advocates spreading units throughout the week rather than saving them up and binge drinking.

14 units is the equivalent to:

Bodies process alcohol at a rate of around one unit per hour, and although minor variables such as what you’ve eaten, your size and your metabolism will make a slight difference, there’s no quick solution to sobering up.

There’s no doubt that alcohol is better on the way in, than the way out and the only sure-fire way to avoid a hangover is to avoid drinking altogether. Chugging water before you go to sleep will combat some of the dehydration, and lining your stomach with food or milk before you start drinking can lessen the effects. A traditional greasy fry-up will help replace essential salts and act as a sponge to soak up any booze still washing around your belly.

If all else fails, you could try one of these extreme hangover cures. If you can handle them.

Juice contains fructose, vitamins and water, so apple or cranberry juice will give you a boost of energy. Stay away from OJ and tomato juice however as this will unsettle an already sensitive stomach. Try a shot of pickle juice instead. The liquid contains vinegar, salt and water which will help rehydrate you and replace electrolytes and sodium levels. Take one shot before you start drinking and another in the morning.

Rollmops – raw, pickled herrings wrapped around pieces of gherkin and onion, this katerfruhstuck or hangover breakfast has German origins. The brine of water and vinegar also contains salt (and sometimes onion, mustard seeds, peppercorns), which rehydrate and rebalance sodium and electrolytes. But can you face pickled fish on a hangover (or at any time?)

Irish legend recommends being buried up to your neck in wet river sand. It’ll be cold and wake you up with the blood pumping round your body, but wet river sand isn’t always easy to locate, and it’s not safe to be around water bodies when you’ve been drinking. A cold shower will have the same effect, but there isn’t much medical evidence that it’ll cure hangover symptoms, maybe just distract you from them for a while.

No comforting turkey stew from Turkey for hangovers: the recommendation from this part of the world is tripe soup, also popular in Mexico and Romania. If there’s one thing guaranteed to keep roiling guts roiling, it’s the thought of ingesting boiled innards. No thank you.

Mongolians follow up their night of cocktails with another cocktail – tomato juice and two pickled sheep eyeballs. We’ve heard of a Salty Chihuahua, a Flaming Giraffe and a Barking Spider, but even giving this revolting cure a more appealing name doesn’t detract from the ingredient list. Eyeballs.

The popular Prairie Oyster remedy has a number of different variations, but they all include Worcestershire sauce and a whole raw egg, seasoned to taste. You could add a shot of vodka, vinegar, tomato juice or ketchup if you prefer. Whatever your chosen optional extra, you’re still going to have to swallow a whole raw egg.

Probably the best cure is to drink as much water as you can and get plenty of food in your stomach. Then wait it out. Good luck.