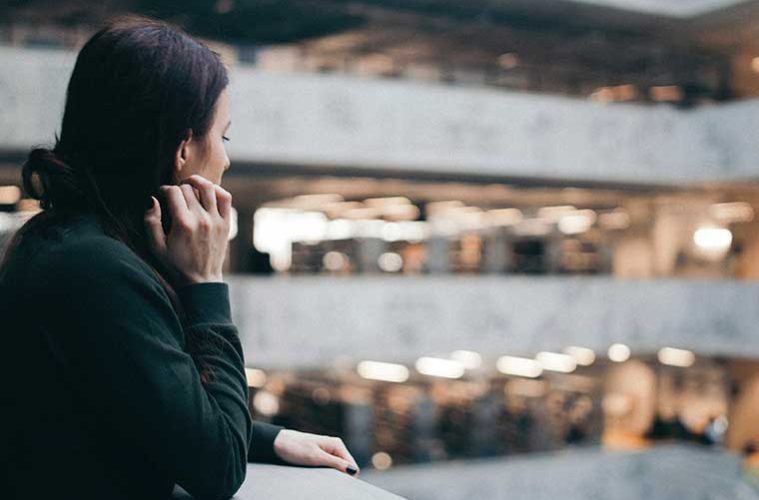 Table for one: Loneliness at uni

Sometimes uni can seem like the happiest place on earth. You’re with friends all the time, staying busy by going to lectures, going out drinking, being in a society and living with housemates, meaning you’re never really alone, right?

But unis also a hub for loneliness. Even though you’re surrounded by people constantly, it can be the loneliest place on earth. You’re far away from your family and after the adrenaline of being with your friends 24/7 wears off, you might find yourself feeling stuck and alone, no one to tell your issues to.

Flashback to first year. I was a shy, timid fresher. Luckily, I bonded with my flatmates instantly and they’re still my best friends now, as I’m finishing my final year. But I know that not everyone has the same story as me. I liked going out but not as much as everyone else it seemed and I found myself feeling pressured to do the things that everyone else was. It wasn’t my friends at all, they never pressured me, but I suppose I had FOMO (fear of missing out) and ended up going out whether I wanted to or not. But then I found myself staying in my room a lot and I found weekends to be so boring… so depressing. I thought I was alone. Everything I had seen on TV and in films, just highlighted the positives at uni, how much fun they were, how sociable everyone is. I felt ashamed and embarrassed at times that I didn’t feel this way.

I found myself thinking it was a problem only I had and when I’d go home and friends and family would say things like “I bet you’re out every night partying,” and “I bet it’s all play and no work” my head would be thinking “no. No it isn’t. Sometimes it’s actually quite difficult and sometimes I feel so lonely and want to come home and never come back” but instead I just smiled and agreed. Yay. Freshers.

Loneliness doesn’t always stop at loneliness. Although it’s a natural feeling, feeling it more than usual can manifest into other issues such as anxiety and depression.

Data released this year from the Higher Education Statistics Agency revealed a 210% increase in the number of students who left university as a result of mental health issues between 2010 and 2015. That statistic is staggering, but it doesn’t surprise me. A survey carried out on Canadian students last year revealed that almost 70% had reported feeling lonely, is it the same over here? Why aren’t people talking about it more?

University’s hard. I don’t just mean the getting the degree part. I mean everything that goes along with it. The moving away from home, being independent for the first time, the cooking, the time management, the socialising. University is change and change is something that may come with feelings of vulnerability and insecurity.

Dr Jane McNeill, a Clinical Partners psychologist specialising in young adult behaviour, stresses the importance of reaching out when you have these feelings. She also adds that there’s a stigma attached to lonely and anxious feelings at university, maybe discouraging people to talk openly and honestly about it.

So how do you distinguish between mental health issues and just feeling homesick?

The firsts few weeks of uni are bound to be a whirlwind of emotion. You’ve met so many new people in so little time, seen so many new places and haven’t been home for a while. It’s totally normal to have a range of emotions. No one is happy all the time. But when the feeling of loneliness begins to overwhelm you and you feel it effecting you on a daily basis – that’s when it becomes an issue.

Here’s what to do when you find yourself in this position:

Have a read of how to combat social anxiety.