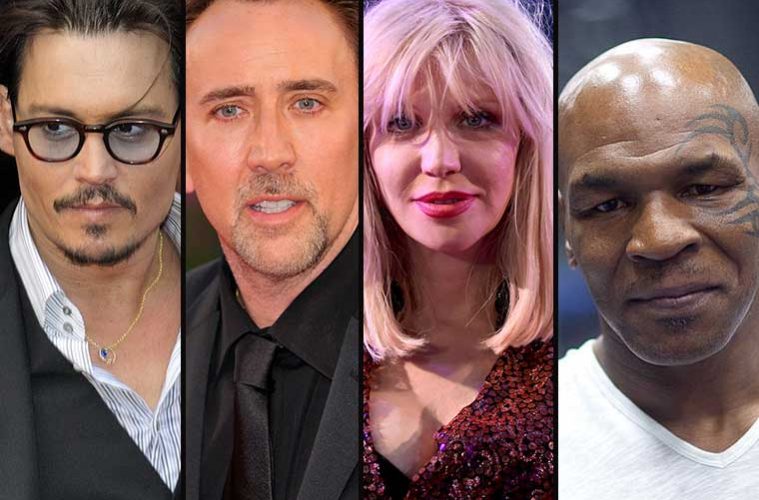 Riches to rags – celebrities who’ve lost it all

Fame and fortune are fleeting. When you’re in the public eye, your reputation can go from hero to zero quicker than Britney Spears’ marriage to Jason Alexander. We take a look at some of the celebrity world’s biggest financial losses.

He rapped U Can’t Touch This, but he certainly spent it. After making £20million and hammering his earnings, MC Hammer ended up £9.3million in debt. Stanley Kirk Burrell paid 200 staff £4.7million a year to cater to his every whim, with 40 in his immediate entourage. His mansion in California had a recording studio, a garage for his 17 cars and a pool shaped like his puffy trousers. A devastating copyright court case and MC, 55, declared himself bankrupt in 1996. He is now a preacher.

Despite declaring herself penniless and homeless, the former EastEnders star was papped on expensive holidays and driving a £60,000 Mercedes. Then she was seen dragging a suitcase though the streets after reports she was homeless. She admitted in 2014 she had lost her £2.5million home. She said at the time: “There’s nothing left.”

THE EastEnders and Love Actually star was worth £2million but declared herself bankrupt in 2013, owing £187,000. Bailiffs even seized her £25,000 engagement ring from husband Jack McManus. It’s safe to say that wasn’t her moment.

Cage fighter Alex briefly enjoyed celebrity status when he married Katie Price (AKA Jordan) in 2010. That marriage lasted a year and after they split, Reid proposed to new girlfriend Chantelle Houghton live on TV. Roxanne, Reid’s cross-dressing alter ego, came between the two when Houghton returned home early and discovered Roxanne waiting for a male visitor… in their sex dungeon home. Alex ended up living in a one-bedroom flat with debts of £400,000 forcing him back into the cage.

Gazza drank his fortune, narrowly escaping bankruptcy three times. The footie genius has been in rehab several times and had several brushes with the police, most famously when he arrived at an armed stand-off to offer his “support” to gunman Ralph Moat.

The actor lost his National Treasures after squandering more than $150 million. There was a time when he owned nearly a dozen properties, including two castles that he never spent a single night in and a private island in the Bahamas. Cage declared bankruptcy in 2009.

The rock singer declared bankruptcy in the 1980s after a lawsuit with a collaborator over an album. The Bat Out of Hell singer enjoyed some success in the decades that followed including small film roles.

The youngest heavyweight boxing champion in history was worth more than $300 million at his peak. A divorce, a rape accusation, and three years in prison later, Tyson returned to the ring – and tore off part of Evander Holyfield’s ear with his teeth. Tyson had to pay Holyfield $3 million in compensation and declared bankruptcy in 2003, with debts of more than $18 million.

As the wife of Kurt Cobain, she inherited the singer’s rights and those of his band, Nirvana, when he died in 1994. Love squandered more than $27 million of Nirvana’s earnings on drugs and wild spending.

After neglecting to pay over $17 million in back taxes from the early 2000s, the actor went to jail for three years, despite claiming he was the victim of a conspiracy.

After accusations of child molestation were dropped, Jackson’s vowed never to return to his famous 2,900-acre Neverland Ranch and it fell into disarray. In 2007 the singer had nearly $23.5 million in loans on the estate.

One of the most prolific actors in Hollywood, Depp’s agents say he’s earned more than $650 million over the course of his career. His wild spending has included $30,000 on wine a month, a $10 million yacht, and around 40 full-time employees costing him $3.6 million a year.

For more celebrity information have a read of: Celebrities we didn’t know were related.