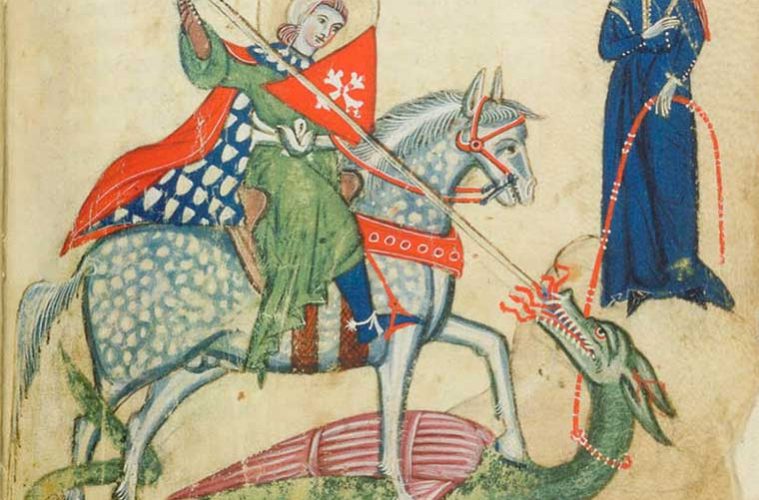 St George is the patron saint of England, and although there’s little historical evidence of his alleged achievements, there seems little doubt that he existed. One story of his time as a Roman soldier has placed him at Glastonbury. He was beheaded on 23 April 303 for his adherence to the Christian faith and became honoured as a martyr. Whether he did slay a dragon is also open to debate.

In celebration of St George’s Day, we’ve found five contemporary Georges who could possibly be cannonised for the modern era:

George had Faith and Listen[ed] Without Prejudice, both essential characteristics for a saint. Despite Praying for Time, St George Michael died aged only 53. He was a generous philanthropist, giving millions of pounds to charity and good causes.

American film-maker George Lucas gave the world Indiana Jones and the Star Wars franchises. He famously joined the ranks of The Giving Pledge, led by Bill Gates and Warren Buffett, giving half his fortune to charity.

This lean, mean, grilling machine was a fearsome heavyweight boxer, losing his world crown to Muhammed Ali in 1974. Big George liked his name so much he called all five of his sons George too. His patriotism and community service was honoured by the American Legion in 2013.

Northern Irish footballer George was a winger for Manchester United as well as his national home team. He’s famously quoted as saying “I spent a lot of money on booze, birds [women] and fast cars – the rest I just squandered.” 100,000 mourners lined the route of his funeral cortege.

They say: “The latest fashions for the whole family, great quality furniture and accessories for the home and a wide range of essentials for kids and baby with George.”

We say: “Great prices and the chance to pick up something for yourself while you’re doing the food shop.”