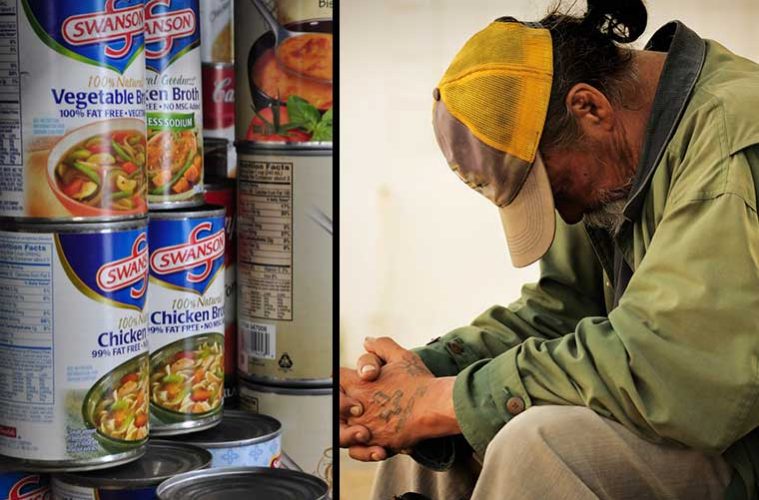 Food banks feeding more families than ever before

Food banks are non-profit, charitable organisations that distribute food to those who have difficulty buying enough food to feed their families. According to the Trussell Trust, the UK’s biggest food bank network, an estimated 666,000 people received food parcels in 2017-18, a 13% increase on the previous year.

The trust, which aims to Stop UK Hunger, says that people were left vulnerable and with “nowhere else to turn” after experiencing problems with universal credit. Even where universal credit has been in place, there’s been an increase in the number of three-day emergency food packages that have been distributed: 1.3 million in 2017-18.

Debt, ill health and rent arrears are squeezing the UK’s population and for some, food banks are essential.

Chief Executive Emma Revie considers this “completely unacceptable” and doesn’t want the UK to be “a country where charity provision is the only defence from utter destitution.”

The trust surveyed 284 users of 30 food banks across England, Scotland and Wales earlier this year. It identified that claimants with disabilities or chronic health conditions and families with dependents were especially vulnerable to the problems arising from universal credit. Its survey, the trust claims, suggests the government’s freeze on social security benefits was making it increasingly hard for the poorest in society to meet basic living costs.

Food poverty threatens health and wellbeing. Aside from stress, anxiety and depression there is the added risk of obesity, because affordable foods tend to be cheap, sugary, processed and therefore fattening.

Some in desperate need aren’t using food banks: there isn’t one in their immediate area; they don’t know they are eligible; or they are embarrassed. Single pensioners, low-income families and people claiming benefits are especially vulnerable.

Food banks offer vital services to those in need. They provide nutritionally balanced, non-perishable items that have been donated by local communities, including retailers, and contents have been put together to provide three days’ worth of balanced meals for adults and children. Some food banks also provide non-food items such as toiletries and hygiene products helping people in crisis maintain dignity.

The Trussell Trust has a number of household names supporting its work including Tesco and Waitrose. You can support your local food bank by hosting a collection or donating items.

Together, the people of the UK can make a difference. Get involved and stop hunger.