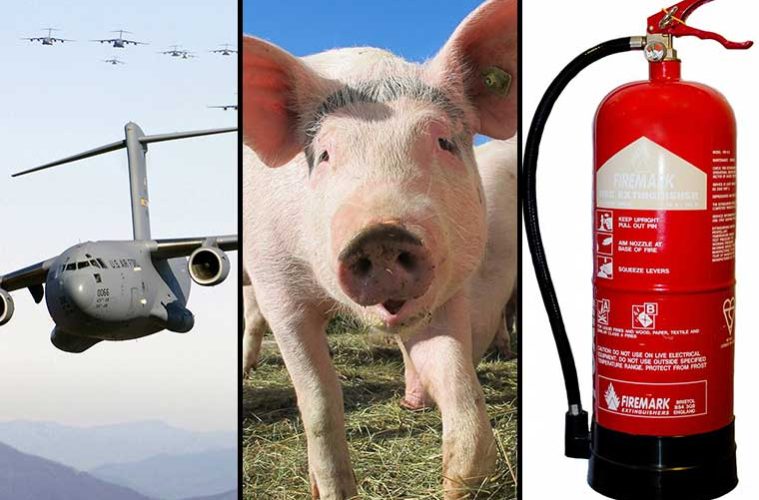 The most foolish deaths – The Darwin Awards

Winners of the Darwin Award must die in such an idiotic manner that “their action ensures the long-term survival of the species, by selectively allowing one less idiot to survive”.

To qualify, nominees must improve the gene pool by eliminating themselves from the human race using astonishingly stupid methods and entries are evaluated against five selection criteria: death; style; veracity; capability; and self selection:

Here are some of the best, or worst, Darwin deaths.

1998, Canada: Daniel Kolta (27) and Randy Taylor (33) died in a head-on collision playing chicken in their snow mobiles. The result (aside from the tragic deaths) with no outright winner declared was a tie.

1995, Egypt: an 18-year old farmer climbed into a 60-foot well to rescue a chicken. The undercurrent proved too strong and he drowned. His sister and two brothers, none of whom could swim, entered the well to help him. They drowned too. Two elderly farmers also came to help and were also overtaken by the same undercurrent, and drowned. All six bodies were later pulled from the well, along with the chicken, which survived.

2000, Brazil: three Brazilian men died when they lost control of their light aircraft when another plane approached at low altitude. Accident investigators believe they’d intended to moon the occupants of the other plane. They were found dead among the wreckage with their trousers round their ankles.

2000: Iraqi terrorist Khay Rahanajet sent a letter bomb with insufficient postage and a Return to Sender address. When it was returned, happy to have received some post, he opened it. That was the end of his career.

Malaysia: 68-year old spiritual magician Mr Lim Ba steamed himself to death while performing a ritual to cleanse body and soul. He adopted the lotus position surrounded with rice and sweetcorn inside a giant stainless steel steamer and placed over a fire. Thirty minutes later, onlookers raised the lid in response to Lim’s frantic knocking and he was found unconscious. He suffered major second-degree burns and died of a heart attack.

2017, Russia: a welder stuffed a fire extinguisher down the barrel of a decommissioned artillery howitzer. He decided to put to use his training in the elemental powers of hot plasma, he then charged the cannon with calcium carbide and water, producing the bi-product acetylene welding gas. The fire extinguisher exploded and the welder, whose head was located in the ballistic trajectory, was killed from the resultant shrapnel.

2000, Germany: two animal rights activities freed a captive herd of pigs and were trampled to death when the pigs stampeded.

You’ll be pleased to know that the Darwin Awards are open to all ethnic groups, cultures, and socioeconomic groups and are celebrating the eradication of stupidity, one idiot at a time.