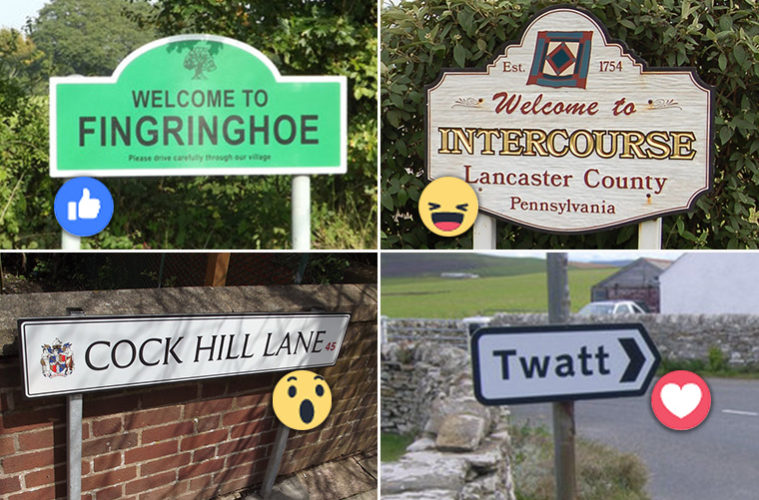 Supporters of Bell End near Lickey End, Worcestershire have successfully campaigned to retain their historical street name. Residents started a campaign in January of this year after complaining that it was one of the rudest road names in the country and they were seen as a “laughing stock” for their smutty address.

But a rival campaign, Leave the Historic Name of Bell End Alone was signed by thousands, and the lewd label is set to remain.

Supposedly the fourth on a list of filthy street names in the UK, Bell End is one of several in this green and pleasant land.

Others include references to intimate interplay:

While there may be questionable kudos to live on saucy street, Bell End residents should be grateful – there are far worse places to have as your address. Spare a thought for those who live in:

Have a read of our funniest tweets about being a student.