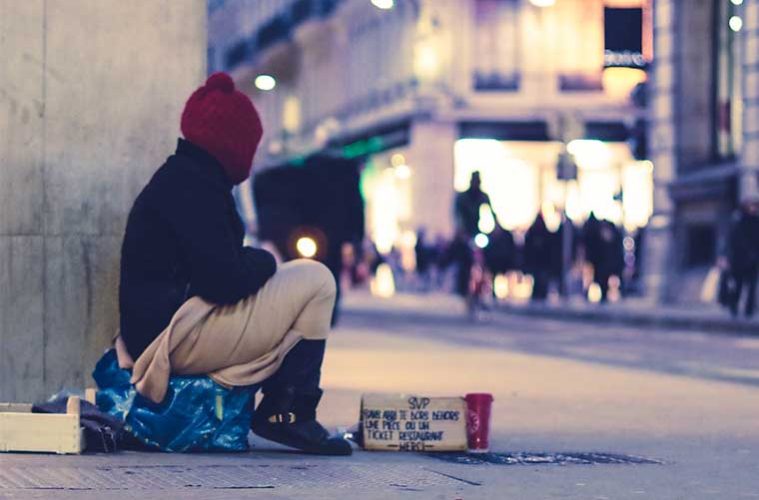 The Guardian has published research that claims the number of people dying on the streets or while living in temporary accommodation has more than doubled in the last five years.

The research shows that the number of deaths has risen year-on-year: 31 in 2013 to 70 in 2017. Bodies have been found in crowded accommodation, supermarket car parks and church graveyards, but with no national homeless death statistics and no requirement on local authorities to record rough sleeper deaths, this is likely to be a “substantial underestimate”. The average age of a rough sleeper at death was 43, the Guardian found – that’s nearly half average UK life expectancy. Life on the streets is brutal.

Homelessness is not, as viewed by many, the result of personal failings. Shelter describes the causes of homelessness as “a complex interplay between a person’s individual circumstance and adverse ‘structural’ factors outside their direct control”. These problems can build up over many years until a final crisis moment ends in homelessness. The Salvation Army seeks to break the cycle of homelessness and offers support programmes and resources to people living rough. Local authorities and local action groups provide support across the UK, but with figures estimated to increase, is it enough for everyone who needs it?

To judge someone for finding themselves in that position is morally wrong – for some, there simply is no choice.

A recent exhibition created by the homeless in Kent gave expression to their issues, hopes and dreams. Homeless shelter Catching Lives has run a number of art projects that have given new confidence to participants. In this exhibition, poems, installations and art exposed the thoughts and emotions of the community that Shelter supports.

One piece entitled Sonett by Anthony (24/03/16) encapsulates the need for us to look beyond the circumstances of homelessness to the person themselves:

Bottle beside me to ease my nightmares,

From different planets, Venus and Mars.

As you wander past me I feel your stares.

We crave conversation but never speak.

We remain strangers and suffer the loss.

Without each other our future is bleak.