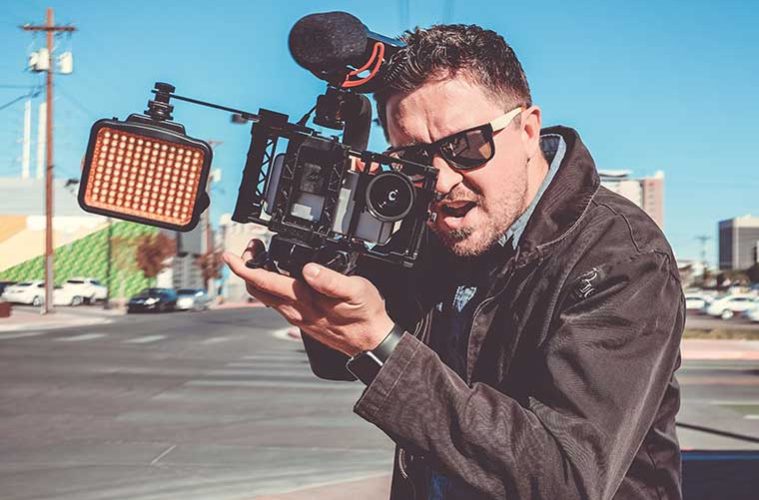 Within a minute of the news breaking on Twitter Wikipedia had been updated. Fastest fingers first.

The university student’s daytime date with Dale harks from the early 90s when Supermarket Sweep hit our TVs. In fact, TV meant only one thing in the mainstream back then. But when we heard the beep, to a person we felt a surge of adrenaline. A bit like the Wiki editors who raced to change the tense of Dale’s page did.

Sometimes though, news of someone’s demise is incorrectly reported. Premature obituaries may be inadvertently published for a number of reasons, including accidental publication (as in 2003 when CNN.com accidentally released draft obits for seven major world figures), hoaxes, mis-identification, misunderstandings and name confusion.

Barbara Bush was declared dead on 16 April 2018 by a fake news site pretending to be CNN. Her obituary had been leaked by CBS News the previous day. The former First Lady died on 17 April.

South African ETV News inadvertently broadcast a test message when a technician pressed the button. Ironically, the live news headline was “George Bush is dead”. Perhaps “This is a test” would be a more sensible alternative in future?

Text-message reports of Margaret Thatcher’s death in 2009 set officials in Canadian Prime Minister Stephen Harper’s office into a spin. Preparing to issue a statement of condolence, they received confirmation that the deceased Thatcher was actually Transport Minister John Baird’s cat.

In 2003, draft memorials to several world figures were found to be accessible without a password. Some of these obits contained fragments taken from others, particularly that of Queen Elizabeth the Queen Mother, which had been used as a template. As a result, Pope John Paul was remembered for his love of racing, Fidel Castro was described as “lifeguard, athlete, movie star” (Ronald Reagan’s obit) and former VP of the US Dick Cheney was described as both “Queen Consort” and the “UK’s favourite grandmother”.

Beyonce was rumoured to have been killed in a car crash in February 2015, causing #RIPBeyonce to trend on Twitter. Although the star sang she’d “Rather Die Young”, Queen B was, and still is, very much a World Wide Woman.

In July 2011, hackers took control of Fox New’s Twitter feed and posted that Barack Obama had been assassinated while campaigning in Iowa.

In 2009, internet hoax news reports claimed that Kanye West had been killed in a car crash, news that was spread across social network sites. West’s then-girlfriend denied the rumours confirming to the world that the Gold Digger star was still alive and Famous.

BBC WM host Danny Kelly played God Save the Queen on 17 May 2010, and then announced that Queen Elizabeth II had died. The Queen Elizabeth in question was a Facebook user who adopted the Queen’s name. Kelly later admitted it was meant as a joke. Not what you’d expect from the BBC.

Heart Radio Scotland told listeners that David Cameron had died in January 2016 – it was in face David Bowie, so we can only assume the DJ was Under Pressure to get the news out quickly.

Bob Geldof told his Xfm listeners that singer-songwriter Ian Dury had died in 1998, possibly due to hoax information from a caller. Dury, who had suffered cancer for several years, actually died in 2000.

EastEnders’ Mick Carter AKA Danny Dyer was reported to have died in January 2015 at the age of 37, thanks to a Facebook hoax. Dyer took to Twitter to reassure fans he most definitely wasn’t brown bread, and they could put away their Widow Twankeys.

DJ Chris Morris was suspended from BBC Radio 1 in 1994 after implying that British politician Michael Heseltine had died. Morris also made MP Jerry Hayes laugh inappropriately during an on-air tribute.

Texas DJs at radio station KEGL were fired after they aired the joke that Britney Spears and then-boyfriend Justin Timberlake had died in a car crash. The joke allegedly started on the internet, but no one was laughing when the radio station was sued.

Whether intentional or accidental, fake news stories from trusted sources convince their audiences.

The Sun falsely reported Prince Philip, Duke of Edinburgh, dead in May 2017. Actually the Queen had called an emergency meeting to announce the Duke was going to retire from royal engagements, not that he’d retired from royal life.

Arrangements for the death of key figures likely to draw significant public and media attention are in place long before they draw their last breath, and rehearsals are frequently carried out to ensure everything runs smoothly. A London-based Sky News employee saw an internal rehearsal for the future death of the Queen Mother in 1993. He rang his mother in Australia and she contacted the media who published the story. The employee was dismissed for the mistake but then won a lawsuit for wrongful dismissal. The Queen Mother died in 2002.

Nirvana’s Kurt Cobain was reported dead by CNN in March 1994, shortly before his actual death in April.

Actor Macaulay Culkin was allegedly found dead in his NYC apartment according to a 2014 internet report. Culkin took to Twitter to prove he wasn’t dead. Channelling Kevin McCallister, Culkin would have Tweeted “I’m over here you big horse’s ass“. He didn’t, but he should have.

Taking it too far

Sometimes the rumours are too extreme, for those expected to believe them, and for the star themselves.

Paul McCartney was proclaimed dead in 1966 and in 1969. These and other incident caused rumours that McCartney had indeed died and been replaced by a look-alike. This elaborate conspiracy theory is supposedly hinted at by a trail of clues in a number of Beatle songs.

Poor Miley Cyrus. Reuters claimed she’d died in a terrible car accident in September 2008. In November of the same year, someone hacked into her YouTube account and posted a video stating she’s been killed by a drunk driver. In 2013, Facebook messages circulated claiming she’s committed suicide due to “traumatic stress”.

Melody Maker magazine published a review of rock legend Alice Cooper’s concert in the form or a mock obituary. So many fans believed there was No More Mr Nice Guy that Cooper had to issue a statement: “I’m alive, and drunk as usual.”

A number of stars have refuted news of their death in their own inimitable way.

Monty Python’s Terry Gilliam responded to Variety’s premature obituary of him with the message: “I APOLOGISE FOR BEING DEAD“. Turns out it was just a flesh wound and he hadn’t shuffled off this mortal coil.

Steve Jobs responded to his 17-page obituary by Bloomberg in 2008 with a misquote of Mark Twain’s: “The reports of my death are greatly exaggerated“.

Rudyard Kipling wrote to the magazine that had incorrectly announced his death saying “I’ve just read that I am dead. Don’t forget to delete me from your list of subscribers.”

Our favourite come back is from Ron Moody, best known as Fagin in the film Oliver. He was reported dead twice, according to The Times. Moody was quoted as saying “I’m bloody annoyed. Not only can it cause unhappiness, but it can affect your work. If people think you’re dead they’re not going to use you. Unless it’s a kinky film.”