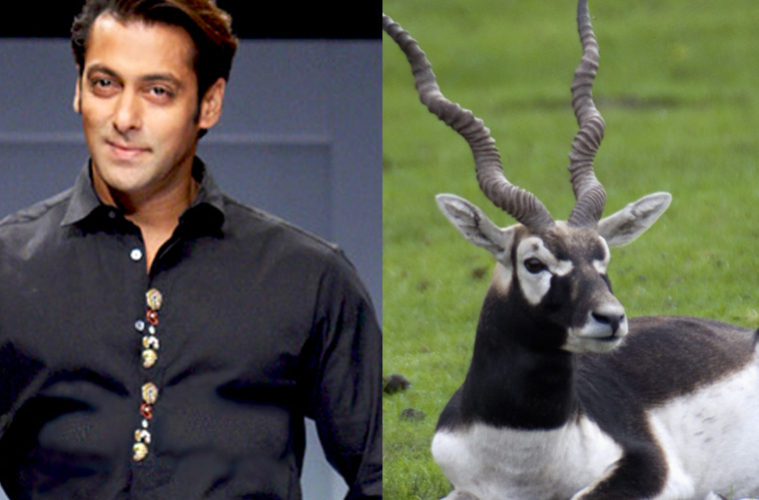 Never work with children or animals is the advice given to actors. Presumably they’d not think to kill a child, but apparently, animals are literally fair game.

Bollywood star Salman Khan has been jailed for five years for killing two endangered blackbuck antelope while filming in Rajasthan in 1998. This is the fourth poaching case filed against the star, although he was acquitted in three offences.

Salman Khan’s conviction is big news in India, and trending on Twitter worldwide – #BlackBuckPoachingCase and #SalmanKhan – but his actions aren’t thought likely to dent his popularity with his millions of fans.

In July 2015, millionaire dentist Walter Palmer hunted and killed Cecil the Lion in Zimbabwe, giving rise to world-wide revulsion and hatred. The hashtag #CecilTheLion appeared nearly 1/4 million times in 24 hours on Twitter as the topic trended worldwide. The internet descended on Palmer and his actions, but no remorse was forthcoming. Palmer even petitioned Donald Trump to promote wildlife hunting overseas.

According to environmental activist Alon Tal, more than half of all wild animals and nature has been destroyed in the last 40 years as a direct result of overpopulation. In March, the Telegraph shared the news of the death of the world’s last remaining male northern white rhino. There are two females of this sub-species left in the world, and preventing extinction relies on IVF using the sperm of a deceased male. If that should fail, the species will be lost.

Other near-extinct animals include the Amur Leopard (an estimated 70 left in the wild), the Malayan Tiger (between 250 and 340 remaining) and several species of Gorillas. In fact, the World Wildlife Fund has 18 species on its critically endangered list. There’s every chance that they will be extinct within the next two generations of humans.

So if nature is already suffering as a result of man’s presence on the earth, the rate of urbanisation, and greed for its natural resources, should we sit back and condone hunting through our silence? Or do we have a moral obligation to protect the earth and the creatures we share it with? Extinction is forever.

Change.org is hosting a petition to ban trophy hunting, to stop poachers and to end imports. You can add your voice.