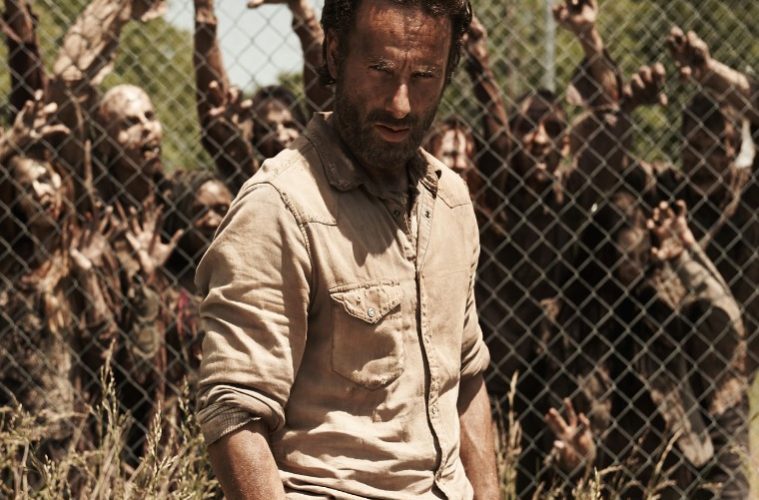 Your Week Presented by Rick Grimes

If you think you’re having a bad week, we can guarantee that The Walking Dead star, Rick Grimes, is having a far worse one. Sure, the office coffee machine is broken – but was your mate recently devoured by flesh eating zombies? Unlikely.

So what better person to accurately present your typical working week than someone straight from the apocalypse? Rick Grimes knows…

A whole five days until the weekend? You could’ve sworn it was Friday five minutes ago… Monday really comes out of nowhere these days.

I really hate Tuesday; it’s utterly useless and has so significance – it could actually be worse than Monday. There’s no sound more harrowing than hearing your alarm ring at 6:30am on the second day of the week.

I mean, at least it’s midweek right? But unless it’s past 4pm on a Friday – you don’t bother getting excited. Wednesday is still a work day, and you and your colleagues would still rather be anywhere but there. But at least you’ve got each other.

Finally, you see an end in sight! You’re not sure if you can handle another two days, the last three have driven you almost insane. And even the simplest of tasks at work have become impossible – when did adult life become so… mundane?

You can’t believe you made it to the weekend again, you and your colleagues feel like you just won a war, and all without taking a “sick day”. I think this calls for a celebration and a lot of alcohol.

There’s no better feeling than waking up at the weekend with the sunshine pouring in, and your alarm on silent! But the best part is knowing you can get blackout drunk tonight without severe consequences tomorrow (apart from a possible deadly hangover.)

Oh damn, we were right about the deadly hangover. You’ve woken up battered and bruised, disorientated, and dreading the week ahead. You’re terrified this hangover will last until Wednesday, making the first half of the week more unbearable than usual.