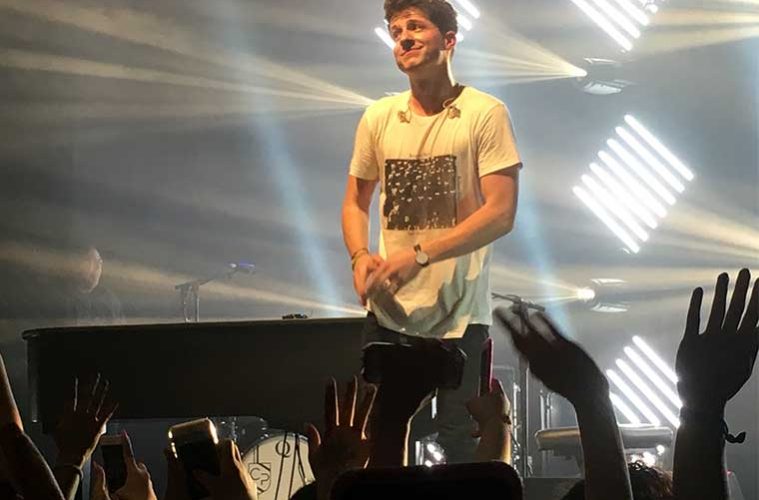 I’ve been eagerly awaiting the new Charlie Puth album, Voice Notes, for the past couple of months as his singles have topped the charts and constantly been stuck in my head. And as of the release today, I have not been disappointed! The singer/songwriter features hits Attention and Going On, along with a variety of other tracks to sink your teeth into. The range available made it quite difficult to know where to begin, but after a few repeats there are a few things which I think are particularly of note (pun intended).

Firstly, the jazz influence which was explicit in the arrangement performed on Vevo of Done For Me comes to full fruition throughout the songs included. For instance, one theme which is heard in the opening track The Way I Am pops up throughout, including in the synth piano solo of Boy. And there are so many clever references to other artists throughout. The Boys II Men collaboration, If You Leave Me Now, is written so perfectly to fit their R & B style, and later in the epilogue piece, Through It All, the lyrics ‘my way’ fit to the same chord you’ll recognise in a similarly themed Frank Sinatra tune… These musical jokes are particularly entertaining alongside the impressive harmonies built up gradually throughout.

City life and heart break are the themes captured most poignantly, with there being a constant juxtaposition of the urge to run away whilst wanting to never leave the spot light. For Charlie Puth this is undoubtedly a response to his rapid rise to fame and the consequences that come with it, but these are feelings which I think everyone can respond to in terms of growing up; figuring out who exactly we are whilst living in a post-past age where nostalgia is constantly ready at our fingertips via a search engine. Yet despite many slower ballad-esque tunes, my favourites were those that took something difficult and made it fun. My particular favourite (in case you hadn’t guessed already) is Boy, but I’m also a fan of Slow It Down and Empty Cups which are on repeat and already making up the bulk of my summer playlist.

So often pop music is dismissed as the art equivalent of fast food, but the reality is that this frequent tendency to stick to four chords to make an easy chart topper is no longer as common as it used to be. The influence of past decades (in this case, a retro dance/disco feel) and smart themes throughout which are almost symphonic in comparison, are Puth’s most significant attributes as a content creator when addressing this argument. Pop music as a genre might be getting more personal, just as it might be getting shorter in length, but in terms of how it is challenging its’ audiences? If you’re looking for something that will make you think as well as prove as an excellent road trip soundtrack, then this is the album for you.